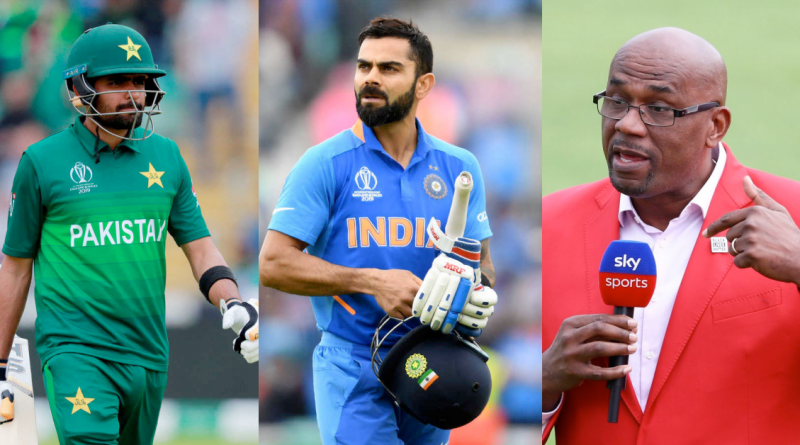 
Babar Azam has almost overtaken Virat Kohli and has become the ultimate batter in 50-over format opined former West Indies bowler Ian Bishop. The Pakistani batter has been on a record-breaking spree and recently broke a couple of records of Virat Kohli in ODI cricket.

Not only is Babar breaking records, but he is also creating records, becoming the first batter in ODI cricket history to make three consecutive ODI centuries twice in the format. Babar boasts of an incredible average of 59.22 in ODIs, with 17 centuries and 19 half-centuries to his name in merely 89 games.

His performances in the limited-overs format have always led to a comparison between him and India’s batting great Virat Kohli and now West Indies pacer-turned-commentator Ian Bishop believes that Babar, with his incredible form, has “almost overtaken” Kohli as the ultimate batter in ODIs.

“Babar Azam is on the road to greatness. I want to be clear when I say ‘on the road to…’, in the white-ball cricket at least, and certainly in fifty overs. I don’t use the term ‘great’ loosely. It has to be a bigger sample size to bestow greatness on a player, but his average, as we speak now, (is) on the cusp on 60 with 17 ODI hundreds. He has almost overtaken his next door neighbor, the great Virat Kohli, in terms of the ultimate uber fifty-over batsman,” said Bishop during a conversation with cricwick.com.

He’s Starting To Get Better At It: Ian Bishop On Babar Azam’s Batting In Tests

However, Babar Azam’s numbers in Test cricket are a little underwhelming as in 40 Tests, he has 2851 runs with 6 centuries and 21 fifties at an average of 45.98 and the best score of 196. The former West Indies bowler further insisted that Babar’s batting in Test cricket is a “work in progress.”

“His Test cricket is a work in progress. I’m surprised he hasn’t taken to Test cricket numbers a lot earlier. He’s starting to get better at it. Technically, he’s superb. In future, I’m hoping he will be mentioned in the same breath in Test cricket as the top 3-4 players,” said Bishop.

Babar will be seen in action when the Pakistan team is scheduled to return to action on August 12 when the side takes on the Netherlands in a three-match ODI series.