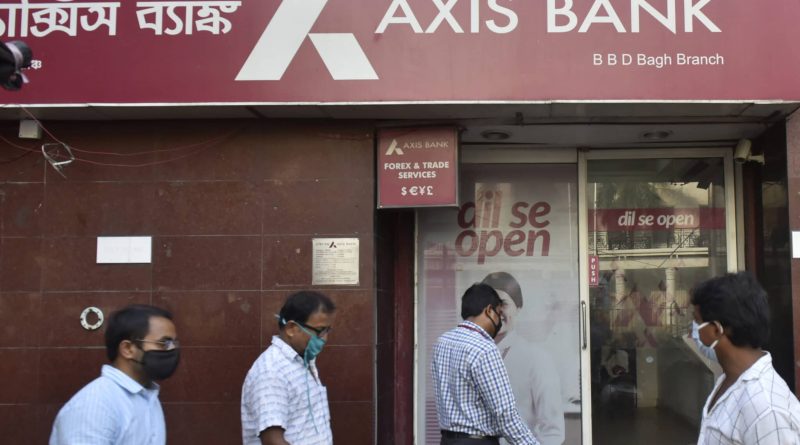 A queer couple in India were left humiliated after trying to open a joint account, only for bank tellers to refuse them.

Axis Bank marked the third anniversary of India decriminalising gay sex by rolling out its “Come As You Are” campaign, ostensibly to make life easier for queer customers and staffers.

But Axis found itself in hot water when one customer tried to no avail to open a joint account with her girlfriend.

Anisha Sharma, a writer based in Bombay, and her girlfriend, Bhakti, swung by the Seven Bungalows branch in Andheri only to face embarrassment and humiliation, she explained in a Twitter thread on Sunday (31 October).

The couple sat at a table with three workers – two men, one woman – where they enquired how they could open a joint account through the scheme.

Couple grilled by bank staff on whether they are really together

“One male officer asked what our relation was to each other,” she tweeted. “We informed them that we were partners.

“Immediately to this, they said: ‘Oh you want to open a current joint account, incorrectly assuming we were business partners.’ We clarified that we were same-sex partners, and told them about #DilSeOpen and #ComeAsYouAre.

“They told us this was not possible. We couldn’t open a savings account since to do so, we needed to have ‘blood relation’ or be family members.”

Reportedly, none of the staff members had heard of the “Come As You Are” scheme before, prompting Sharma to show them the Axis Bank website, along with a news article. One employee asked to take Bjakti’s phone with the story on it to consult a manager.

The staff reportedly asked them to provide proof they are a couple, such as “a marriage document of some sort”.

“We informed [the worker] that same-sex marriage is not recognised in India.”

Even after all of this, the manager returned only to inform Sharma and Bhakti that they could only open a joint current account as business partners, nothing more.

The two men disappeared. The manager came and told us – savings account isn’t possible, there’s no proof of you being partners. Current account is possible. We showed him the Axis Bank website. He left to take a call and never came back

“As a marginalised community this was becoming embarrassing and humiliating,” Sharma added, accusing the bank of “piggybacking” on the repeal of Section 377, which outlawed gay sex.

“Thanks to the PR blitz around this campaign, we walked into Axis Bank thinking it would be a safe space. We told them this was their policy, they needed to learn more about it and know how to talk to and treat us.”

Sharma’s experience with the bank drew outrage on Twitter, with Harish Iyer, the diversity, equity and inclusion head at Axis Bank, apologising for the “misstep”.

As a community member who is in a responsible position in the corporate, as the DE&I head, I take complete responsibility. There is and should be no excuse for the kind of behaviour meted out to my fellow community member @motherofbillis and bhakti.

The three staffers will not be fired, she said. “They will learn and we all will get better together.”

“Equality [is] hard work,” he tweeted, “equity even more.

“To be real, I am certain there will be more missteps and more learnings. But we have embarked on this journey will not be scared of doing things because we could go wrong.”

Axis Bank’s support desk account amplified this, tweeting: “We sincerely regret the inconvenience caused and are open to help you!”

The five judges of India’s Supreme Court were unanimous in their decision to overturn the ban on consensual same-sex relations on 6 September, 2018, scrapping the life prison sentence that once loomed over India’s LGBT+ community.

It was a ruling that rid the country of the reviled Section 377, a product of British colonial rule, that previously prohibited gay sex.