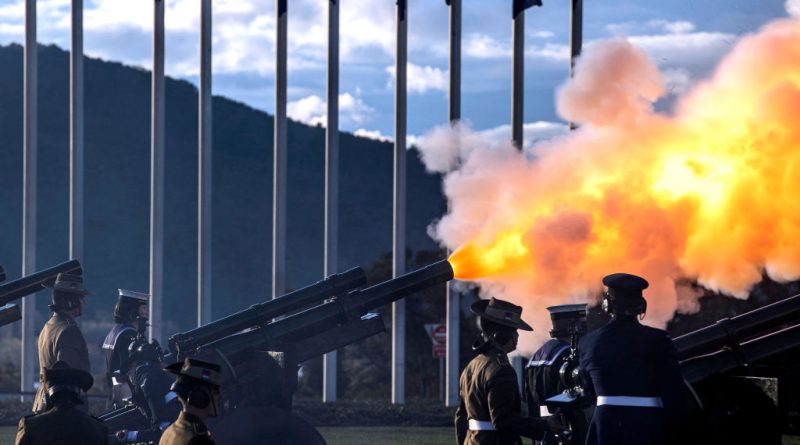 
Australia marked the death of Queen Elizabeth II, its head of state, in a big way. On Sept. 9, a day after the monarch’s passing, a 96-gun salute—one for each year of her life—rang out over Canberra. During the month, parliament was suspended, flags flew at half mast, and mourners laid floral tributes at government buildings across the country. Prime Minister Anthony Albanese traveled to London for the Queen’s funeral, before rushing home for a memorial service in Australia’s capital, attended by about 600 people, a few days later.

But now that the official mourning period is over, some in Australia are getting busy planning for a future as a republic. “The Elizabethan era is now over and it’s time for us to move into the Australian era,” Matt Thistlethwaite, Australia’s assistant minister for the republic, tells TIME.

“We are a nation of close to 25 million people. We make our own decisions. We have our own form of government, our own culture and identity, and I think that Australians are ready for the conversation about reflecting that in our constitution and appointing one of our own as our head of state.”

More than a dozen former imperial possessions—from Canada, New Zealand, and Belize to Jamaica, Tuvalu, Papua New Guinea, and the Solomon Islands—recognize the British monarch as their head of state. In Australia, many are happy with the status quo. The country’s republican movement lost steam after a 1999 referendum on the issue failed, and the chairman of the Australian Monarchist League, Eric Abetz, has described the monarch as a “stable, enduring, unifying part of our democratic arrangements.”

Read More: Queen Elizabeth’s Passing Could Push Some Countries to Alter Their Ties to the British Monarchy

Thistlethwaite’s appointment by Albanese in June, however, is seen as a major boost for the republican campaign. Indigenous Australians have also long called for constitutional change. Protesters against the national day of mourning for the Queen gathered in major cities on Sept. 22 holding signs with slogans like, “Not the Queen’s Land” and “Give it Back to the Indigenous.” Political parties are beginning to get in on the act. Adam Bandt, the leader of the Greens Party, posted condolences to the Queen’s family on Twitter immediately after her death. But he added: “Now Australia must move forward…We need [a] Treaty with First Nations people, and we need to become a Republic.”

Sandy Biar, the CEO and national director of the Australian Republic Movement, tells TIME that although they suspended their efforts in the weeks following the death of the Queen out of respect, their movement has seen “phenomenal growth” since the late monarch’s passing. People have flocked to the campaign, signing up to become paid members, volunteering their time, joining the group’s email distribution lists and following the campaign on social media.

Soldiers fire a 96-gun salute to honor the life of Queen Elizabeth II at dusk in front of Parliament House in Canberra on September 9, 2022.

A future without the monarchy

Australia isn’t the only country considering changing its ties with the monarchy. Even before the Queen’s death, the republican movement was thriving in the Caribbean, owing to a larger reckoning over the legacy of British colonialism and the slave trade. Two days after the Queen’s death, the Prime Minister of Antigua and Barbuda said that the island-nation would hold a referendum on becoming a republic in the next three years. Jamaica is looking to follow suit.

“I think that there’s an urgency there that is not here in Australia,” says Cindy McCreery, a senior lecturer in history at the University of Sydney who specializes in monarchy and colonialism. “But I also think that when those countries become republics, and there are fewer Commonwealth realms, more Australians may look around and think, ‘we really part of a shrinking group of nations…maybe it is time for us to join those countries.’”

Read More: Why the Caribbean Has the Most Energized Anti-Monarchy Movements

That could have knock-on effects. Following the Queen’s death, New Zealand’s Prime Minister Jacinda Ardern said that the country would not actively take any measures to become a republic in the short-term, but she believed the country eventually would.

Lewis Holden, the campaign chair of lobby group New Zealand Republic, tells TIME that they’ve set a goal of 2040 for a transition, but he hopes that there might be a national referendum on the issue within the next five to 10 years. He adds that if Australia were to become a republic, it would have a “huge impact” in New Zealand.

New citizens take a pledge at the Citizenship and Flag Raising Ceremony on Jan. 26, 2022 in Canberra, Australia.

Australia’s path to a republic

Back in Australia, reform for Indigenous Australians will be the priority, says Thistlethwaite, who is also the assistant minister for defense and veterans’ affairs. The government plans to hold a referendum on changing the constitution to give Indigenous Australians a voice in parliament in the next 12 months. If that’s successful, they will develop a policy on Australia becoming a republic to take to the next general election in 2025 so that a referendum can be held if Albanese’s Labor Party wins a second term.

Experts say that if the first set of reforms isn’t successful, any moves on a republic would likely get postponed. Either way, turning Australia into a republic will be no easy task. A successful referendum requires a “double majority”—more than 50% of the total population, and a majority of voters in four out of six states. Only eight out of 44 referendums have ever passed in Australia.

The last referendum on whether Australia should become a republic, held in 1999, failed largely because republicans didn’t agree on what model should be adopted. The Australian public isn’t quite sold yet, either. A Guardian Essential poll of more than 1,000 people taken in the aftermath of the Queen’s death found just 43% people polled supported a republic, while a Resolve poll put the number at 46%.

McCreery, of the University of Sydney, says that it’s too soon to say if a referendum might be successful. She adds that until the coronation of King Charles III next May, “Australians are still thinking very much about the last Queen as the head of state, that’s still the elephant in the room.”

Read More: After Australia Banned Its Citizens in India From Coming Home, Many Ask: Who Is Really Australian?

Thistlethwaite is now focusing his energy on educating Australians—particularly younger people and multicultural communities—about the country’s constitution. He believes that changes to Australian society over the last 20 years could help make the next referendum successful.

Today, migrants make up 30% of all Australians. Although British immigrants remain the largest foreign-born population, the number of Indian- and Chinese-born Australians is increasing at a rapid clip.

“When Elizabeth took over as monarch, Australia was British, and we all had British passports. We sang ‘God Save the Queen,’ and the majority of the population either came from Great Britain or Ireland and were very much of British descent,” says Thistlethwaite. “Australia is a completely different nation these days.”