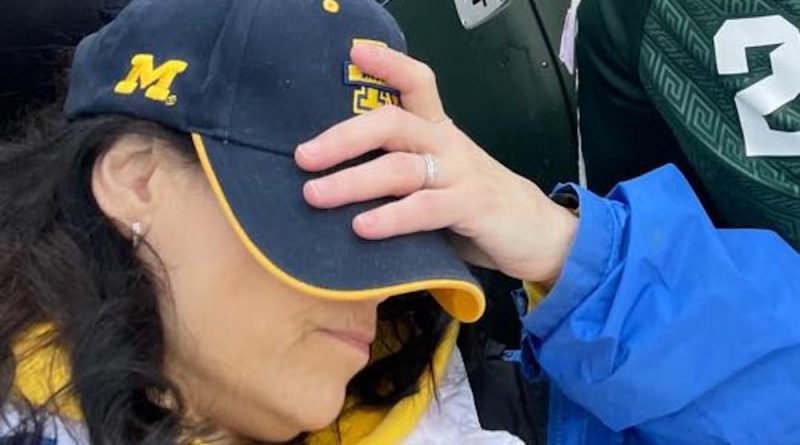 The attorney general of Michigan, Dana Nessel, has apologised for getting utterly wasted at a football game after two Bloody Marys.

Nessel, who was elected Michigan’s attorney general in 2018, making her the state’s first out LGBT+ person to be elected to a statewide office, addressed the situation in a Facebook post.

She said that although her staff had “pleaded with me to hire a crisis-management PR firm”, she had opted to simply come out with the truth instead.

On 30 October, she attended a game between the Michigan State University and the University of Michigan, but beforehand had “attended a tailgate on an empty stomach”.

“Much to my surprise, MSU tailgates tend to have more alcohol than food,” wrote Nessel.

“So I thought it seemed like a good idea to eat two Bloody Marys, since as long as you put enough vegetables in them, it’s practically a salad. As it turned out, this was not a brilliant idea. Also, I might be a terrible bartender.”

She arrived at the game – “I’m told Michigan definitely won” – but began to feel unwell. She said her friends suggested she leave to avoid vomiting on her constituents, adding: “Polling consistently shows ‘Roman showers’ to be unpopular among most demographics.”

Nessel was so unsteady that she had to be helped up the stairs, before being pushed in a wheelchair across the parking lot.

“Like all smart people attending festivities where drinking occurs, I had a designated driver,” she said.

“I went home, fell asleep on the couch, and my wife threw some blankets on me and provided me with some water and Tylenol for what she knew would be a skull-crushing hangover the next day. (Best wife ever!)”

The Michigan attorney general even added a photo of her, in which she appears to be asleep under a hat, and said: “I am human. Sometimes I screw up. This was definitely one of those times.

“My apologies to the entire state of Michigan for this mishap, but especially that Michigan fan sitting behind me. Some things you can’t un-see.”

But one of the most talked-about parts of her campaign was a viral video in which she made a penis joke. At the time, the Harvey Weinstein sexual abuse scandal was coming to light, and the #MeToo movement was taking off on social media.

In the campaign video, as headlines flashed up on the screen, Nessel said: “If the last few weeks have taught us anything, it’s that we need more women in positions of power, not less.

“So, when you’re choosing Michigan’s next attorney general, ask yourself this: ‘Who can you trust most not to show you their penis in a professional setting?’ Is it the candidate who doesn’t have a penis? I’d say so.”