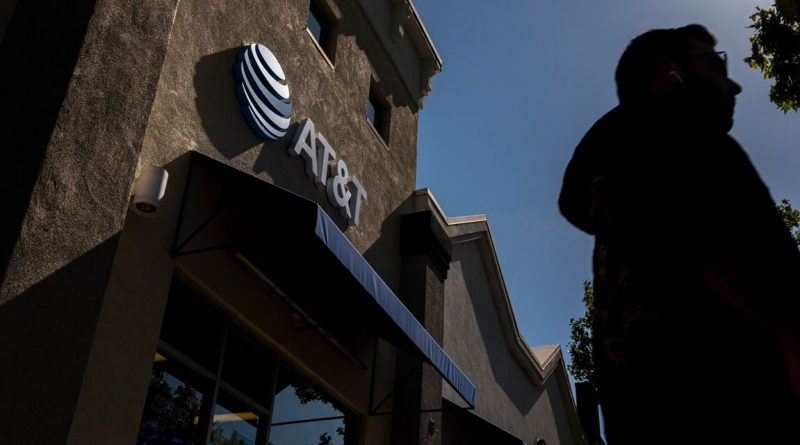 may be leaning toward a straightforward spinoff of the 71% stake in the new Warner Bros. Discovery in the coming months rather than a complex “split-off,” or exchange offer.

A transaction in one of those forms will take place when

Wall Street had been assuming that AT&T was favoring a split-off until AT&T CEO John Stankey made certain comments on the company’s earnings conference call last Wednesday and later on CNBC. Barron’s recently wrote about the possibility of a split-off.

AT&T’s decision, which could be announced in February, ahead of the expected closing of the big media transaction in the second quarter, has been the subject of much speculation among analysts and investors.

Stankey’s comments appeared to depress AT&T shares, which fell almost 10% last Wednesday and were trading at $25.27, up 7 cents, in Monday’s session. Some investors like the idea of a split-off since it likely would retire more than 20% of AT&T’s shares.

Stankey said a spinoff would be simpler, quicker, and easier for the company’s large base of retail investors to understand and not involve the value “leakage” of a split-off.

In a spinoff, AT&T would distribute an estimated 1.7 billion shares of Warner Bros. Discovery, which is what the merged company will be called, to the holders of its 7.2 billion shares. AT&T holders would get roughly a 0.24 share of the merged media giant for each AT&T share, or about $6.65 of value for every AT&T share based on the share price of Discovery, which was up $1.21 on Monday, at $28.26.

The distribution would be large at roughly $48 billion based on Discovery’s current stock price.

On AT&T’s call, Stankey said: “There’s never been a split-off of anything close to this number of shares with this kind of a base. We also have a very large retail base, and we have to be mindful of the fact that that retail base sometimes doesn’t go as deep on the puts and takes and ins and outs of things as the institutional base does.”

He later told CNBC that “I’m not sure I’m really a fan of the value leakage dynamic” with a split-off.

Morgan Stanley analyst Simon Flannery wrote in the wake of the news: “Perhaps the most surprising development was AT&T’s apparent renewed interest in separating WarnerMedia via a spin rather than a split/exchange offer.”

In a split-off, AT&T holders would have the option of exchanging all or part of their holdings for Warner Bros. Discovery shares. To incentivize investors, AT&T would likely offer its holders a premium price, such as a share for share exchange into Warner Bros. Discovery. That would amount to a roughly 11% premium given current prices.

The advantage of a split-off is that AT&T holders would get to choose whether to keep their shares or get Warner Bros. Discovery stock. The transaction would amount to a giant buyback of AT&T’s depressed shares.

The value “leakage” referred to by Stankey involves the premium paid to holders swapping AT&T for Warner Bros. Discovery that wouldn’t be present in a spinoff. That leakage, however, could be more than offset by a favorable investor reaction to a split-off.

In our estimate of a possible premium, we assumed a share-for-share swap for the sake of simplicity, but 11% could be high. A premium of 7% or 8% might be sufficient.

One complication of a split-off is that the offer would likely be oversubscribed given the exchange incentive. That would result in proration, meaning that holders would be able to swap only part of their AT&T stake for Warner Bros. Discovery. When

(L) did a split-off of its stake in cigarette maker Lorillard in 2008, the proration was about 50%.

offered a 7% premium as incentive for that exchange.

In such a split-off scenario of a 50% proration, an AT&T holder seeking to exchange 100 shares would get 50 shares of Discovery and retain 50 shares of AT&T assuming a one-for-one exchange offer. Arbitrageurs would likely get involved in a split-off and seek to profit on the exchange by purchasing AT&T stock and then exchanging it.

In either the spinoff or split-off scenario, the transaction would be tax-free for AT&T holders.

Some think that AT&T may still choose a split-off.

“I would be shocked if AT&T didn’t choose a split-off, after having teed it up,” says New York tax expert Robert Willens, who advises many institutional investors. “I can assure you that every investor I’ve spoken with over the past few months would strongly prefer a split-off.”

AT&T’s dividend, now $2.08 annually, will fall following the Warner deal based on the company’s guidance, although the timing of the cut is uncertain. AT&T now yields over 8%.

AT&T has said it plans to pay out $8 billion to $9 billion annually in dividends. Raymond James analyst Frank Louthan wrote recently that he has been getting many inquiries from retail investors on the new dividend. He is assuming a dividend of about $1.15 a share, which would result in a yield of 6%. This calculation assumes a spinoff and calculates the yield by subtracting the value of the Warner Bros. Discovery of about $6.65 a share from the current AT&T share price.

The absolute dividend would be higher in a split-off scenario but AT&T’s yield would be similar to the one in a spinoff.

Write to Andrew Bary at andrew.bary@barrons.com