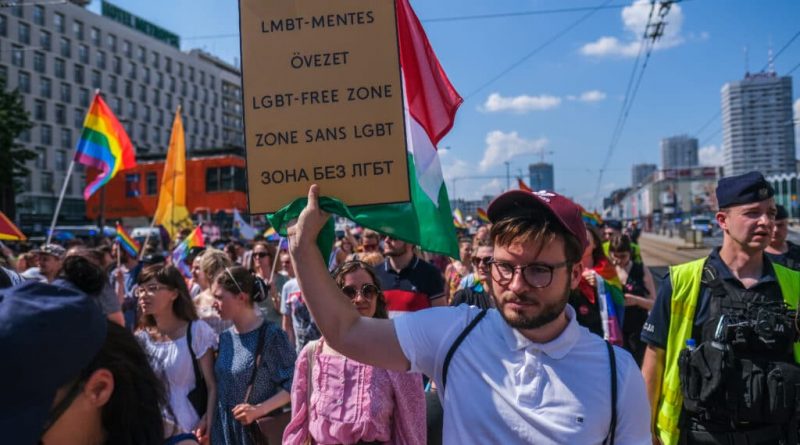 A group of Polish activists mapping out the country’s reviled ‘LGBT-free zones’ are being sued by the municipalities themselves.

Within these towns and cities, the promotion of so-called ‘LGBT+ ideology’ is banned. Enraged by this state-sanctioned homophobia, a team of campaigners – Jakub Gawron, Kamil Mczuga, Paulina Pajak and Pawel Preneta – came together to build the Atlas of Hate, a visual representation of discrimination seeping across the country.

After being nominated for awards on the strength of their advocacy, the co-founders of this powerful project are being targeted by local authorities.

“Atlas of Hate” is a project started by a group of #LGBT+ activists that charts and monitors the “LGBT-free zones” in #Poland. But now, they’re being sued by several of the “LGBT-free” municipalities. 👉 Donate to help them gear up in this legal battle: https://t.co/BU4S8W0xAN pic.twitter.com/6LRgA0Axe7

“They are trying to shut us down once and for all by suing us and asking for ridiculous retribution payments,” explained Jakub Gawron in a press release issued by global NGO All Out, which is running a crowd-funding campaign to support their legal battles.

In the last two years, more than 100 municipalities have adopted the ‘LGBT-free zone’ moniker, but the rate slowed dramatically when the Atlas of Hate began gaining traction in mid-2020.

The lawsuits are the latest in a long line of anti-LGBT+ discrimination.

Anti-LGBT+ discrimination in Poland has ramped up severely over the last few years as far-right sentiments have increased.

Last year, protesters were violently detained by police after rallying to support Margot Szutowicz, arrested after allegedly damaging a van covered in homophobic graffiti. Later, reports of protesters being beaten and sexually assaulted in custody began to trickle out in local Polish media outlets.

The violence was widely described as the ‘Polish Stonewall’, and only served to reiterate just how vital resources such as the Atlas of Hate are when it comes to holding state-sanctioned homophobia to account.

European Union member countries have since launched a legal battle to sanction Poland and Hungary, which has launched its own raft of anti-LGBT+ legislation, for their discrimination. These sanctions have already worked; Kraśnik, in eastern Poland, this year dropped its ‘LGBT-free’ status after being threatened with the loss of a lucrative EU grant.

Yet this progress is only stoking the anger of local authorities, now determined to turn the Atlas of Hate co-founders into scapegoats. “We brought international attention to this attack on LGBT+ Poles, and supporters from all around the world have helped us fight back,” said Paulina Pajak in a statement to All Out.

“Now, we’ve been caught in the crosshairs of our homophobic enemies. We’re fighting back in court against this attempt to silence us, but we won’t be able to do it without your support.”