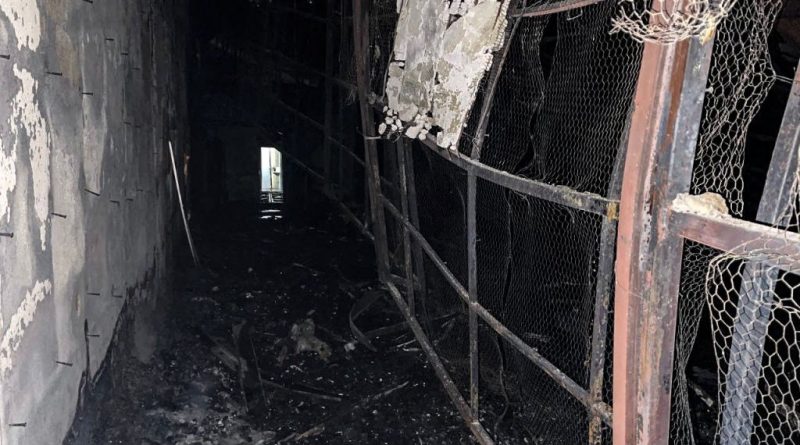 
At least four people were killed and another 61 injured when a fire broke out at Iran’s Evin prison, known for housing political prisoners and infamous for its human rights abuses, the country’s judiciary said Sunday.

Iranian authorities alleged the fire, which started Saturday evening, was extinguished hours later and that no prisoners had escaped. Ten people remain hospitalized with four in critical condition, according to Iran’s Mizan News agency. Those that were killed in the fire died from smoke inhalation, the news agency also reported.

Was the fire linked to the Iranian protests?

Tehran Gov. Mohsen Mansouri claims the fire started in the sewing workshop of the prison after a fight broke out among incarcerated people in that wing, according to NPR, leading some to set prison uniforms ablaze. Tehran prosecutor Ali Salehi also claimed that the fire had nothing to do with the ongoing protests linked to the death of 22-year-old Mahsa Amini, according to IRNA, Iran’s state run news agency.

Footage from outside the prison shows people chanting “death to the dictator,” while gunshots and explosions can be heard in other clips circulating online. Iran International initially reported the explosions were caused by people who had attempted to escape confinement and moved towards landmines in the northern part of the prison, but the outlet later reported that no mines had exploded.

And despite state television footage showing that the facility continued running as usual following the fire, Iranian journalist Masoud Kazemi, who was previously incarcerated at the prison, said the footage only showed areas that had not been affected by the fire and alleged fight.

Relatives of those imprisoned at Evin allegedly had difficulty contacting their family members due to blocked roads and disabled phone and internet connection near the prison during the fire, per the BBC.

Evin prison currently holds dual nationals like Siamak Namazi, who has been wrongfully detained in Iran for the past several years under charges including “collusion with an enemy state,” according to the National Iranian American Council (NIAC). Namazi was temporarily offered furlough on October 1, though it has since been revoked, forcing him to return to the prison last week.

When asked about the fire, President Joe Biden called the Iranian government “oppressive” and praised protestors for taking to the streets.

U.S. State Department spokesperson Ned Price tweeted they were watching the events at Evin prison “with urgency”, adding that “Iran is fully responsible for the safety of our wrongfully detained citizens, who should be released immediately.”