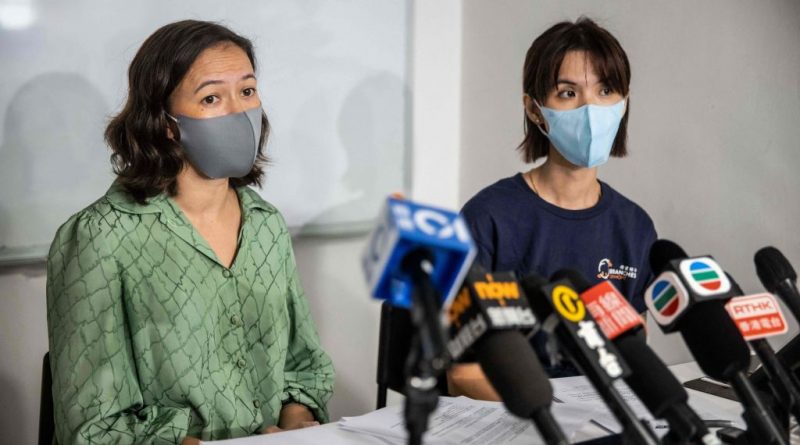 
A spate of human trafficking cases has rattled the cosmopolitan financial hub of Hong Kong. Since January, city authorities have received appeals for help from at least 43 Hongkongers kidnapped and forced to do illegal work in Southeast Asia. Of those, 23 have returned safely, while 12 others are still being held in Cambodia and three more in Myanmar.

These cases are the latest iteration of a decades-old problem. According to 2017 figures, 40 million people are victims of human trafficking with some 25 million of them in East Asia. But while it has long been a regional scourge, recently there has been an uptick of cases among a different set of victims. Human traffickers are adapting to the times, experts say, taking advantage of white-collar joblessness resulting from the pandemic.

Patricia Ho, a principal law lecturer at the University of Hong Kong who campaigns against human trafficking, says syndicates initially targeted Malaysians and Vietnamese. But recently they have been going after Taiwanese and Hongkongers.

In August, Taiwanese police estimated that thousands from the self-governed island remain unaccounted for after having traveled to Cambodia, an epicenter of Asian scamming rings.

While most scams target lower-income groups, Ho says the fallout of the pandemic has made even the middle-class drop their guard. “Victims are tricked to work in situations that come across to them initially as legitimate jobs,” Ho says. “It’s [easier] for more educated people to fall victim.”

Jan Santiago, deputy director for the U.S.-based Global Anti-Scam Organization, says syndicates in Southeast Asia are targeting more college graduates. They seek tech-literate workers who are fluent in multiple languages and have a working knowledge of cryptocurrency.

In Hong Kong, the non-governmental organization Stop Trafficking of Persons (STOP) released Aug. 22 recordings from two 30-year-old Hongkongers detailing their ordeal as human trafficking victims. One, under the alias Dee, said he flew to the city of Mae Sot, in western Thailand, after responding to an ad on Facebook that offered a $6,400 monthly salary for advertising work. Dee said that upon his arrival people carrying stun guns and knives forced him into a car. He was then smuggled into Myanmar—where he was made to choose between paying a $10,000 ransom or working 12 hours per day in phone scams.

“I tried my best to figure out how to leave,” Dee said. “It’s impossible to work with them, because it’s illegal to defraud.”

TIME could not independently verify the recording, but law enforcement officials across Asia have offered similar anecdotes. Overseas job opportunities are posted online, offering generous monthly salaries to those with little to no experience. Once job-seekers take the bait and fly out, scammers detain them and strip them of their phones and travel documents. Victims are then coerced into defrauding others, constantly threatened with assault and torture if they fail to meet quotas or refuse to comply.

Human rights lawyer Patricia Ho (L) and Programme Manager at STOP, an anti-trafficking NGO, Michelle Wong (R), speak to the media in Hong Kong on August 24, 2022, about Hong Kong residents being trafficked into South East Asia and forced to work in scam syndicates.

Authorities in Hong Kong have tried to respond in various ways to the recent rise in trafficking cases, such as warning travelers at the airport of scams and setting up a task force for victims. Hong Kong’s security bureau also tells TIME that local laws have a “comprehensive package of safeguards comparable to composite [Trafficking in Persons] laws found in other jurisdictions.”

Many of those laws, however, deal primarily with the migrant domestic worker population. Rescuing victims isn’t an easy task, either. Hong Kong Police senior superintendent Tony Ho earlier told reporters that while the force was working with Interpol and overseas law enforcement agencies, it was difficult to identify suspects and gather evidence to prosecute them because of their locations.

From the Archives: How to Spot a Victim of Human Trafficking and Help Them

In addition, some trafficking victims forced to defraud their fellow citizens may hesitate to ask for assistance, fearing their own legal liability. STOP program manager Michelle Wong says what’s needed in a place like Hong Kong is “bespoke legislation to ensure that victims of trafficking are granted some level of criminal immunity.”

In the meantime, human trafficking is an insidious big business, with an estimated $150 billion in earnings, much of it funneled in cryptocurrency. It’s easy for traffickers to evade the law and operate sophisticated, large-scale scams.

“The problem is that human trafficking is just such a lucrative trade,” Ho the campaigner says. “We’re dealing with trying to stop somebody from making a lot of money. When that happens, all we can do is just to make it as difficult for them as possible.”