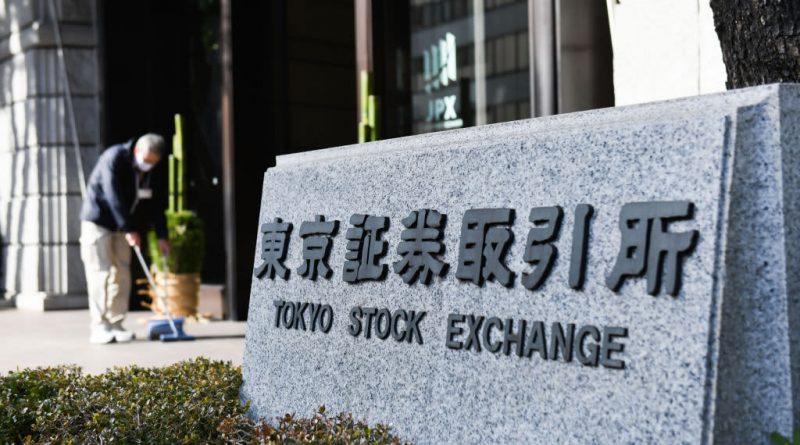 SINGAPORE — Shares in Asia-Pacific rose in Monday morning trade as investors look ahead to the release of a private survey on Chinese manufacturing activity in July.

The S&P/ASX 200 in Australia climbed 0.32%. Shares of Afterpay soared more than 25% after U.S. fintech firm Square announced it had agreed to buy the Australian buy now, pay later giant.

Looking ahead, the Caixin/Markit manufacturing Purchasing Managers’ Index for July is set to be out at 9:45 a.m. HK/SIN on Monday.

China’s official manufacturing PMI released over the weekend showed factory activity growth slowing in July, with the figure for the month coming in at 50.4 versus June’s reading of 50.9.

The Covid situation in the region may also weigh on investor sentiment. More areas in Japan entered a Covid-19 state of emergency on Monday due to a spike in virus cases, according to local news agency Kyodo News.

Meanwhile, Chinese state media reported that governments at various levels across the country have taken virus containment measures following a resurgence in infections that reportedly started in the city of Nanjing.

The U.S. dollar index, which tracks the greenback against a basket of its peers, was at 92.121 after a recent decline from levels above 92.4.

The Japanese yen traded at 109.67 per dollar, stronger than levels above 110 against the greenback seen last week. The Australian dollar changed hands at $0.7344, having slipped from levels above $0.738 late last week.

Oil prices were lower in the morning of Asia trading hours, with international benchmark Brent crude futures slipping 0.46% to $75.06 per barrel. U.S. crude futures declined 0.38% to $73.67 per barrel.