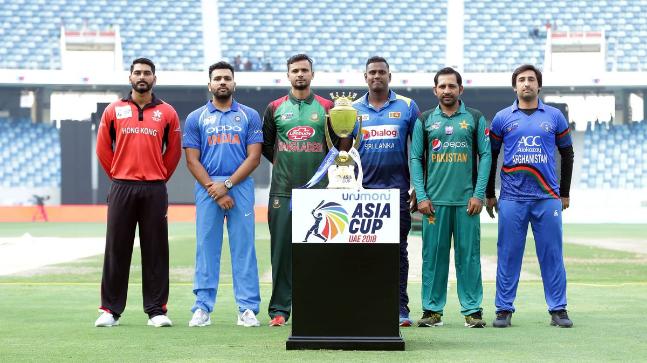 
According to the reports, the dates of the upcoming Asia Cup 2022 have been changed and now the tournament will begin in Sri Lanka from August 24 to September 7.

Earlier, in the Annual general meeting of the Asian Cricket Council (ACC) on March 19, it was confirmed that the Asia Cup 2022 will begin from August 27 to September 11 in Sri Lanka.

The Asian Cricket Council Asia Cup is a men’s One Day International and T20 International cricket tournament for the Asian teams and it was established in 1983. The first edition of the Asia Cup was played in 1984 in the United Arab Emirates and India emerged as champions.

The latest edition of the tournament was also held in the United Arab Emirates and India won their 7th title. Also, Sri Lanka, the second most successful team, have won 5 titles and Pakistan have won 2 championships.

Meanwhile, the recent economic instability in Sri Lanka has forced the ACC to consider multiple options including adjustments in the dates.

However, if reports are to be believed, the Asia Cup 2022 will take place in Sri Lanka from August 24 and six teams will battle for the championship, including India, Pakistan, Bangladesh, Afghanistan, and Sri Lanka, and one of the qualifiers.

According to the reports, Sri Lanka Cricket (SLC) received a request from a couple of participating teams including Pakistan to make changes to the dates of the Asia Cup 2022.

“Adjustments in the dates are made following a request received by the SL Board from a couple of participating teams including Pakistan on the possible clash of international fixtures. Pakistan are to host England for seven T20 Internationals in the latter part of September.

“If Asia Cup goes ahead on the new dates of August 24 and ends on September 7, it would be perfect dates from Pakistan’s perspective as the team will be back home well in time for the start of the T20 series against England,” a source told ‘The News’.