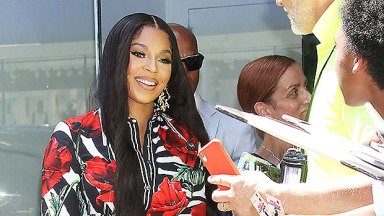 
Ashanti thinks the controversial anti-abortion laws sweeping the nation are “mind-boggling.” The Grammy Award-winning singer, 41, shared her thoughts EXCLUSIVELY with HollywoodLife while promoting her new children’s book, My Name Is A Story.

“I feel like it’s so important that as a woman, we are able to make our own choices,” the “Foolish” hitmaker said. “That’s where I stand. It’s really mind boggling to me that a person who cannot have a child is allowed to have a say over a person that can. Everyone has their lives to live, and it’s about caring for yourself. Being mindful, being healthy, and being able to protect yourself and your body.”

Major protests across the country have taken place in a national outcry against the Supreme Court’s decision to overturn Roe v. Wade, the 1973 ruling that legalized abortion nationwide. Following the news were numerous celebrities who shared in the outcry, calling on the people of the country to rage against the forthcoming ruling and work to keep women’s right to chose the law of the land.

Ashanti — Photos Of The Singer

Meanwhile, the legendary R&B and Hip Hop singer has ventured into new territory with her latest children’s book My Name Is A Story which hit stands July 12. From the multi-talented star comes an empowering story inspired by Ashanti’s own experience about a girl who learns to love her unique name. “I’m very excited about it. Obviously it mirrors a very close experience because this is how it was for me growing up,” the New York native said.

“The inspiration came from real life experiences. And actually, when I was younger, I used to work at a daycare center. So when the kids had recess or playtime, they would be jumping and bouncing around, doing what kids do. But when I grabbed a book and said it was story time it was just so captivating to see how powerful reading a story to a child really is,” she said. “They became just so engaged. And I was like, ‘Wow, I want to write a children’s book when I get older,’ so it was something that was always in my heart to do.”