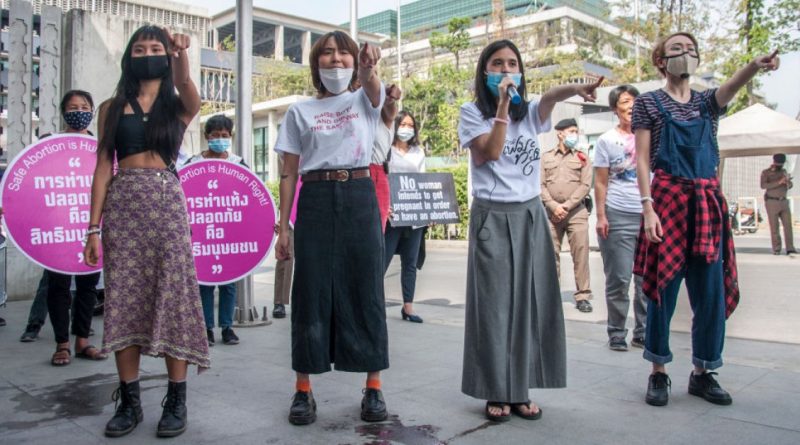 
Thailand’s Public Health Ministry legalized abortions up to the 20th week of pregnancy on Thursday—an extension of a previous law which allowed termination of pregnancy within the first 12 weeks.

That 12-week allowance came as a result of a law expanding abortion rights enacted last year. These laws are a massive step for a country that criminalized abortion as recently as February 2020, when The Constitutional Court of Thailand ruled that anti-abortion laws are unconstitutional.

Between 2015-2019, there were more than 1.3 million pregnancies in Thailand annually, of which 679,000 were unintended and 437,000 ended in abortion, according to the Guttmacher Institute, a research firm that tracks abortion policy and supports reproductive rights.

Pro-choice advocates in Thailand and around the world celebrated the new rules as a positive development, but noted that more needed to be done to ensure doctors were trained and the public was made aware of their rights to an abortion.

“Nothing about this is going to change overnight,” says Dr. Angel Foster, a professor at the University of Ottawa and global abortion researcher who has worked on abortion care in Thailand. Foster points out that it is necessary to ensure incoming and current doctors receive adequate abortion procedure training and the public has clear mechanisms to obtain this care.

Experts note that Thailand’s move to expand abortion access comes amid a wave of expansion of abortion rights in recent years, globally. A court order in South Korea led to the decriminalization of abortion in 2021. The same year, Mexico’s Supreme Court voted to decriminalize abortion. And in 2020, Argentina legalized abortion following the passage of a law.

“There is a definite global trend,” says Dr. Susheela Singh, vice president for Global Science and Policy Integration at the Guttmacher Institute. “Thailand is a part of this global trend and is in good company.” She notes that over roughly the last two decades, more than 50 countries have changed their laws to expand abortion access and only three–including the U.S.–have gone in the other direction.

In the U.S., the elimination of the constitutional right to an abortion—triggered by fall of Roe v. Wade in June—has led to a drastic decrease in access across the country. In Brazil, President Jair Bolsonaro’s government introduced requirements that medical professionals collect evidence and report to police those who seek a legal abortion after rape. And in 2021, Poland enacted a near-total ban on abortion, barring cases of rape, incest and when the mother’s life is at risk. Some Asian countries have strict abortion rules in place as well; the procedure is completely banned in the Philippines and Laos.

Read More: The State of Abortion Rights Around the World

Thailand’s extension in abortion access to 20 weeks is significant, even though it’s less common to have a second trimester abortion, Singh says. “This small group is responsible for the majority of the most serious complications and even death in settings where you can’t access an abortion.”

Younger people are more likely to seek later term-abortions, according to Anu Kumar, president and CEO of Ipas, an organization that aims to expand access to safe abortion and contraception around the world. “Expanding to 20 weeks allows more time to gather information, support, money, and care needed,” Kumar says.

The Bangkok Post wrote in an editorial column that while the new rules “puts the pendulum swinging in the right direction,” it is “far from providing sufficient safe and legal abortion services to those who need them.” They argue there aren’t enough resources to manage abortions and that societal attitudes—even among medical professionals—still need to change.

“As of August, Thailand had 110 healthcare units capable of providing abortion services, and most of them were only familiar with performing abortions on women less than 12 weeks pregnant,” it stated.

Moreover, many hospitals may still hesitate to provide these services; The Post noted that last week deputy director-general of the Department of Public Health Dr. Ekachai Piensriwatchara said some state officials refuse to work in this area because of the stigma around abortion.

“This is an important step in the right direction to expand access to facility-based abortion care,” says Foster, “but there will be many more steps for access to truly be realized.”