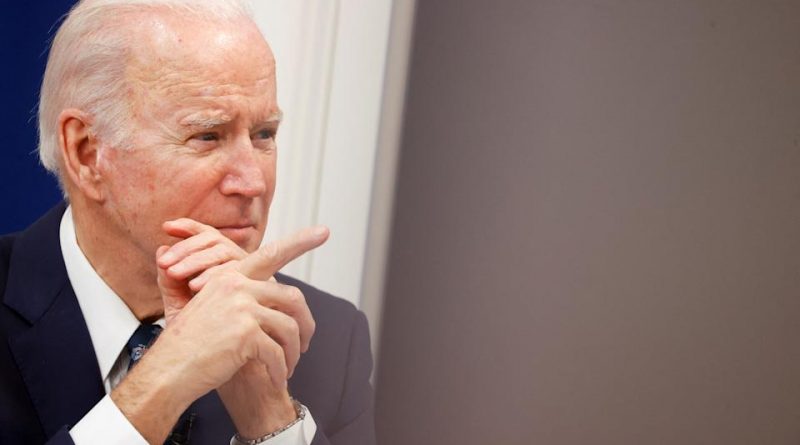 
Inflation has become one of the top economic issues in the U.S., and the Biden administration is acting accordingly with various policy actions.

U.S. consumer prices rose 0.5% in December and 7.0% on a year-over-year basis, according to the Bureau of Labor Statistics. It’s the fastest rate since 1982.

Two of the biggest drivers of price spikes over 2021 have been in food and energy which is likely the reason the White House has focused on both of those sectors both for inflation as well as antitrust reasons.

Tying the two issues together is not without critics, even among Democrats. Former Treasury Secretary Larry Summers posted a lengthy Twitter thread taking issue with “[a]ntitrust as an anti-inflation strategy” and has noted that Biden officials “flirt with the idea that it’s greedy meatpackers causing inflation.”

Oxford Economics Chief U.S. Economist Greg Daco told Yahoo Finance recently that he is expecting inflation “to peak around February” responding more to actions at the Federal Reserve than in the business community and after that, “the question is how fast inflation will cool.”

But until then, it remains a front-burner issue with a recent AP-NORC poll finding the coronavirus down and inflation up when it comes to voter’s top priorities. And, in bad news for the Biden administration, another poll finds 3 in 5 voters place the blame on the president’s policies.

Here’s an ongoing tally of the industries the administration has put a spotlight on when it comes to the inflation and antitrust issues.

The administration’s most recent target, as Summers noted, is the meat industry. Meat prices have seen one of the biggest jumps of anything you can buy in 2021 with beef prices in November up 20.9% from a year earlier.

The president’s first event of 2022 was focused on the meat-processing industry and an announcement of $1 billion in new funds to smaller meat processors.

Many industries, President Biden said, feature giant companies with too much power that are “making our economy less dynamic and giving themselves free rein to raise prices, reduce options for consumers, or exploit workers.”

“The meat industry is a textbook example” of this phenomenon, he added.

“Today, higher prices at stores do not result in better pay to farmers” Corwin Heatwole stated in an email to Yahoo Finance. Heatwole was one of the virtual attendees at the Jan. 3 event and is the CEO of a coalition of independent farmers in Virginia. He added his belief that “increased competition and choice at stores benefits everyone in the long run: farmers and consumers.”

“The administration wants the American people to believe that the meat and poultry industry is unique and not experiencing the same problems causing inflation across the economy,” Julie Anna Potts, the group’s president and CEO, said.

Another area where prices are way up is at the gas pump.

Pieces have risen about 50% in 2021 and GasBuddy predicts the national average may approach $4 a gallon in 2022.

The administration has tried carrots like urging the industry to produce more and releasing oil from the Strategic Petroleum Reserve, but has also urged the Federal Trade Commission (FTC), an independent agency, to look into possible price manipulation.

Late last summer, as the high prices began to bite, the president held an event to say the cost of a barrel of oil had gone down but not in line with the costs at the pump. “That’s not what you’d expect in a competitive market,” he said, adding he would address “any illegal conduct that might be contributing to price increases.”

The administration followed up in November with a letter citing “mounting evidence of anti-consumer behavior by oil and gas companies” and calling out the two largest such companies in the U.S. — ExxonMobil (XOM) and Chevron (CVX) — for having a high net income.

Critics of the president have instead pointed towards the administration’s own policies, including a mandate on ethanol and actions to limit domestic energy production.

Others have noted the global market for oil and the role of OPEC, which the U.S. president has little control over.

Others up and down the supply chain

The administration has also been looking at companies up and down the supply chain as disruptions there contributed to inflationary pressures in 2021.

During a recent Yahoo Finance appearance, Biden advisor Heather Boushey touted the “whole of government approach” to supply chain issues but added that “a piece of that is because we have highly concentrated markets in many parts of the country, in many goods that are produced, and so we really focused on making sure that those markets are competitive and that’ll help the supply chain issues as well.”

The New York Times looked at many of these actions and noted that inquiries have extended all the way down to smaller agencies like the Federal Maritime Commission, which the administration is asking to look into “price gouging by large shipping companies at the heart of the supply chain.” The report found antirust inquiries into a range of other sectors from insurance to hearing aids to even airline gate slots at Newark Liberty International Airport.

The FTC has also looked at giant retailers, asking companies like Walmart (WMT), Amazon (AMZN) and Kroger (KR) for information as part of an investigation into “whether supply chain disruptions are leading to specific bottlenecks, shortages, anticompetitive practices, or contributing to rising consumer prices.”

The Justice Department is also working on consolidation in the sugar industry.

Ben Werschkul is a writer and producer for Yahoo Finance in Washington, DC.