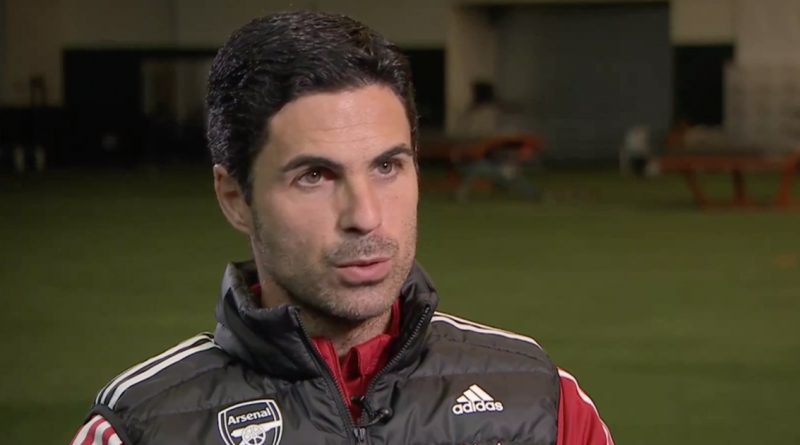 
Arsenal legend Patrick Vieira will return to north London on Monday when Crystal Palace face Mikel Arteta and co, but the Spaniard is glad their battle is in the dugout rather than on the pitch

Arteta responds to being named September’s manager of the month

Mikel Arteta has given four reasons why he would not want to play against Arsenal legend Patrick Vieira.

The two former Gunners midfielders will meet in the dugout on Monday when Crystal Palace visit the Emirates in the Premier League.

Vieira captained Arsenal to three Premier League titles under Arsene Wenger and was the driving force of the side for almost a decade before leaving for Juventus in 2005.

He faced Arteta three times, once when the Gunners beat the Spaniard’s Everton 7-0 in 2004 and twice with Manchester City during the France international’s latter playing years.

And the 39-year-old would not have liked to have played on the opposite side to Vieira again, citing four qualities that Vieira boasted in his prime.

Vieira captained Arsenal during their glory years under Wenger
(

“Patrick was very dominant,” Arteta began during his pre-match press conference on Thursday.

“He was physically really gifted, technically too. He had the right temper, he was brave and he could score goals.

“He could do a bit of everything. He was remarkable.”

And the manager at the Emirates is hoping that the former skipper receives a warm welcome when Palace come across London to start the new week.

“He is an Arsenal legend,” Arteta affirmed. “I hope he gets the reception he deserves for what he did for the club, not only as a player but also what he transmitted as a person.

“He was a captain in the most successful era.”

Unfortunately for fans, the team Vieira lead with the armband is a far cry from the club’s current state.

Arteta lauded The Invincibles as “a joy to watch” before saying: “They had everything.

“They dominated every aspect of the game. It had incredible leadership, with some of the names they had.

“It had a presence, the right identity and the talent, quality and self-confidence to believe they were the best – and they showed it.”

Is Vieira Arsenal’s greatest ever midfielder? Let us know your pick here.

The Spanish maestro himself had four strong years as a Gunner, picking up two FA Cups during his time.

Arteta admitted that there will not be another midfielder at Arsenal like Vieira, although made note how his modern side can still aim to reach the same heights.

“There have been some really good midfielders here since, but Patrick was Patrick,” he added.

“There’s not going to be another one like him. It was a different era. We cannot try to copy that.

“Obviously it would be great to have someone like Patrick or Tony Adams – but we have different qualities and characteristics and we have to develop them.”