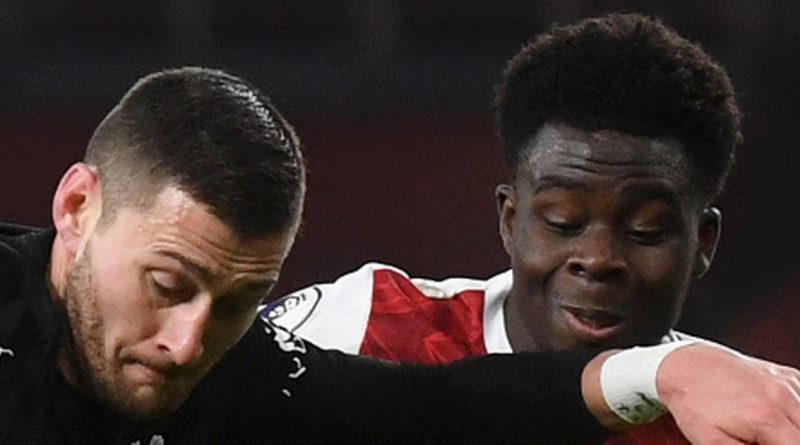 Arsenal will hope to continue their unbeaten run when they welcome Premier League rivals Crystal Palace to the Emirates on Monday evening.

Mikel Arteta’s side haven’t lost since August but failed to beat Brighton in their last game and have fixtures against Liverpool and Manchester United coming up next month.

The Gunners have picked up 10 points from their seven Premier League games this term – three more than fellow London club Palace.

The Eagles, managed by Arsenal legend Patrick Vieira, have won just once this season – hammering Tottenham 3-0 at Selhurst Park in September.

But Palace have shown a lot of spirit under the Gunners legend, battling back from 2-0 down to secure a point against Leicester in their most recent Premier League game.

Arsenal won the last meeting between the two teams in May

What time is Arsenal vs Crystal Palace?

Kick off is at 8pm on Monday.

It’s the final Premier League game of the weekend.

Crystal Palace have won twice at Arsenal during the Premier League era – at Highbury in October 1994 and at the Emirates in April 2019.

What channel is it on?

Subscribers will also be able to watch the action via Sky Sports’ website or app.

Odds are supplied by Grosvenor Sport and they are subject to change.

Arsenal boss Arteta has almost a full squad to choose from, with only midfielder Granit Xhaka unavailable through injury.

But there are concerns about Thomas Partey’s fitness after the midfielder played 90 minutes for Ghana in their World Cup qualifier against Zimbabwe on Tuesday.

Several Arsenal players were on international duty during the break, including Kieran Tierney, Bukayo Saka and Takehiro Tomiyasu.

Discussing the recent internationals and Partey’s fitness, Arteta told the club’s website on Thursday: “Well, let’s see. We haven’t had the players here yet.

“Some of them because they’re still travelling and they’ve not been assessed by the medical staff, but hopefully.

Who will be victorious at the Emirates on Monday evening? Let us know in the comments below

“He [Partey] finished both games really well. He played well and scored a couple of goals like many other players did in this international break, and hopefully, everybody is in the right condition on Monday to help us win the game.”

But Eagles manager Vieira should only be missing long-term absentees Eberechi Eze and Nathan Ferguson for the televised game.