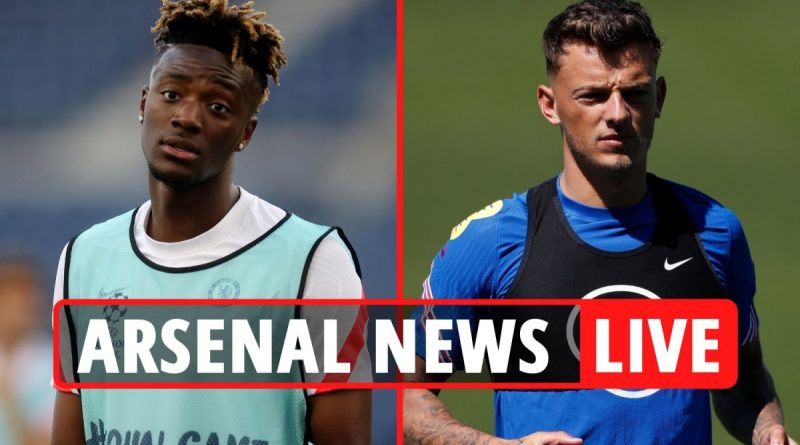 
Arsenal are lining up a £40million bid for Chelsea ace Tammy Abraham after the striker struggled for game time under Thomas Tuchel last season.

That is according to the Daily Mirror, who claim that the Gunners are considering a loan move for Abraham.

The 23-year-old seeks more first team football as well as a pay rise to his current £80,000-a-week contract.

The England international has previously confessed to being an Arsenal fan with Mikel Arteta reportedly eager to bring him to the Emirates as the Gunners aim to improve on last season’s dismal eighth placed finish.

Meanwhile, Arsenal are set to finalise a move for Brighton star Ben White this weekend.

The Gunners have chased White for much of the summer and had a £50million bid accepted earlier this month.

The defender then agreed personal terms before the move was delayed by his late call-up into Gareth Southgate’s final England squad for Euro 2020.

But the wait could be over soon since the 23-year-old is booked in for a medical this weekend, according to the Daily Mail.

That delay has been caused by White’s post-tournament holiday in the Greek island of Mykonos.

And finally, Granit Xhaka’s move to Roma could be in peril as Arsenal and the Serie A giants are struggling to agree on a fee.

Xhaka has been linked with an exit from the Emirates during the summer transfer window with the Giallorossi desperate to sign him.

According to La Stampa, though, ‘everything has stopped’ because the Italian outfit isn’t matching the Gunners’ valuation.

The north Londoners want €20m (£17m) for the midfielder but Roma have yet to meet their demands.