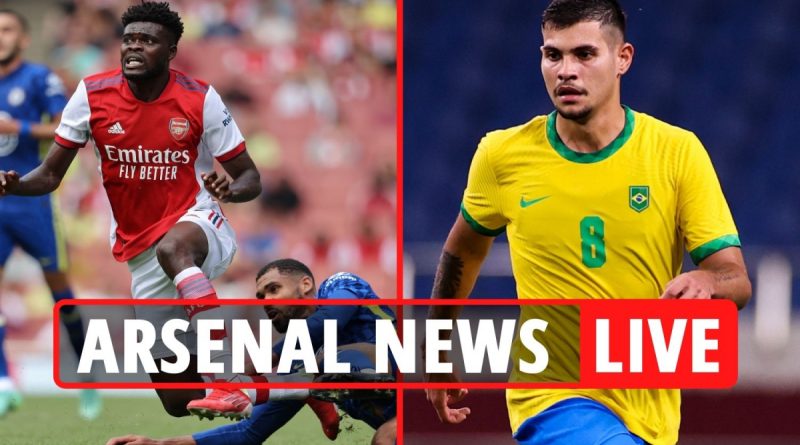 Arsenal manager Mikel Arteta confirmed Granit Xhaka would stay at the Emirates despite the Switzerland international seemingly on the verge of a move to Roma.

Arteta said: “Granit is going to stay with us.
“He’s a player that we rate and value so much, he’s a key member of our squad.

“He’s trained two days. He wanted to play today and I think it’s very clear commitment from his side that he wants to be here.”

Meanwhile, the Gunners have reportedly put SIX players up for sale, according to Football London.

A combined £75million has already been spent this summer on Nuno Tavares, Albert Sambi Lokonga and Ben White, but Arsenal are keen to continue the spending.

And having been linked with a £70m bid for Inter Milan star Lautaro Martinez, six outgoings would go some way to funding that move.

Speaking of which, Arsenal have tried to swap Alexandre Lacazette and Bellerin for Lautaro but Inter turned them down.

That is according to SportMediaset, who claim the Gunners have opened talks for the star striker, but both the Italian champions and the player are yet to be swayed.

To make matters worse, the Argentina international is not particularly keen on moving to the Premier League and wants to play in the Champions League next season.

The 23-year-old prefers a move to LaLiga and Real Madrid, Barcelona as well as Atletico Madrid have all shown interest in him.

That is according to Sky Italia, who claim Juve have yet to raise the necessary funds in what works as a blow for Locatelli as well as he prefers a move to Turin.

But that works as a boost to Arsenal’s transfer hopes, as the Gunners have been tracking the Italy star since Euro 2020.