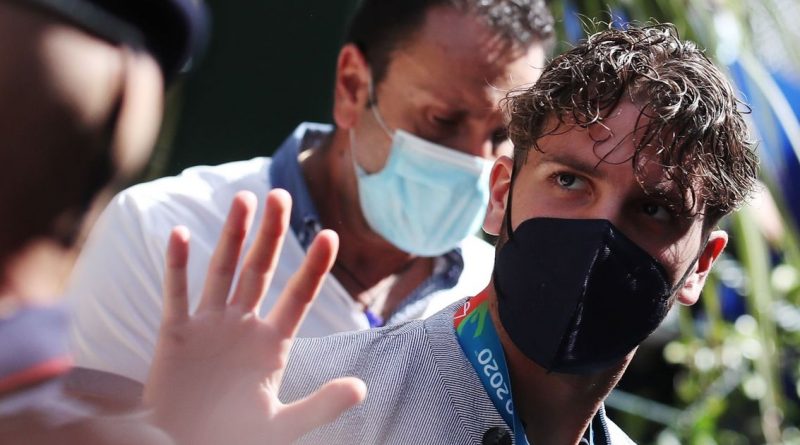 Arsenal have been warned that they’ll need to get a move on if they want to secure a deal for Manuel Locatelli.

The Sassuolo midfielder caught the attention of the North London club after an impressive Euro 2020 as Italy lifted the title after beating England in the final at Wembley.

Mikel Arteta has already sealed a move for Albert Lonkonga from Anderlecht in a £17million deal, but is keen to add more reinforcements in the middle of the park to fill the void left by Granit Xhaka who is expected to join Roma this summer.

Locatelli has emerged as one of Arsenal‘s targets, but they will face competition for his signature as he is a man in demand following his performances at the European Championships.

Manuel Locatelli has been linked with a move to Arsenal
(


Would Manuel Locatelli be a good signing for Arsenal? Comment below

Sassuolo are open to selling their prized asset if a suitable offer arrives but CEO Giovanni Carnevali has warned they are not in a position where they need to offload him.

The Serie A club have also told suitors they’re not going to part ways with Locatelli towards the end of the transfer window as they won’t have time to bring in a replacement.

In an interview with Gazzetta dello Sport, Carnevali said: “We’re waiting for the right bid for Locatelli… if it doesn’t arrive, he’ll stay here.

“We’re not going to sell our best players later in August.”

Juventus are also in the running to sign the 23-year-old and appear to be in pole position as Locatelli signalled he would prefer to stay in Italy this summer.

Perinetti told Sky Sport 24 (via TuttoJuve): “Locatelli has repeatedly said no to Arsenal because he wants to go to Juve. And Juve itself knows that he prefers the Bianconeri.