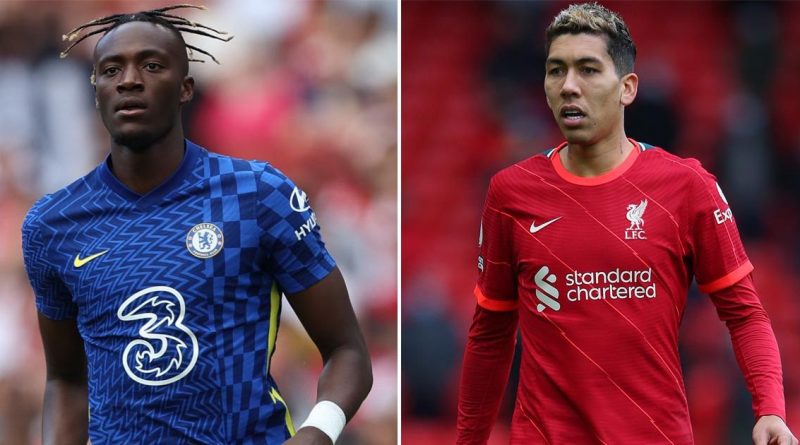 Tammy Abraham: All you need to know about Arsenal target

Arsenal have been linked with a big-money move for Tammy Abraham this summer.

The Chelsea striker fell out of favour towards the back end of last season under new manager Thomas Tuchel leading to question marks over his future.

Despite scoring against the Gunners at the Emirates in pre-season at the weekend, the English striker has been linked with a £40million move to north London.

It is a move which has sparked a variety of opinions with some in favour and others questioning whether Abraham is what Mikel Arteta’s side need.

And Gary Neville summed up exactly what Arsenal would get from Abraham as he assessed the striker midway through last season.

Abraham scored twice in a 3-0 win over West Ham in December, giving his confidence a major boost.

But Neville insisted that Abraham is a 12-15 goal a season striker, rather than being capable of pushing for 25 goals or more as a focal point of attack.

He compared Abraham to Liverpool ’s Roberto Firmino – who comes under fire for his lack of goals despite being surrounded by Mohamed Salah and Said Mane – in a message which should give Arsenal food for thought when considering splashing the cash.

Where will Arsenal finish in the upcoming season? Let us know in the comments below

“He’s got to get 12-15 goals,” Neville said of Abraham on Sky Sports Monday Night Football.

“He’s not going to 25 goals, but the pressure will come on him when people say ‘Chelsea need a goalscorer’.

“I know they’ve got Werner who will score from wide areas, but when the centre-forward isn’t scoring 15 goals, 20 goals a season, he’ll come under pressure.

“He’s got to get those goals early in the season. I think there’s a massive relief there on his face when doing that interview.

“I mean he could be the Firmino. You see Firmino at Liverpool who does sometimes get questioned a little bit for not getting enough goals.

“But I don’t think from anyone who knows football questions him and what he brings then the other two get more plaudits and score goals.

“But he does a lot of work for the team that obviously supports that.

“I just think at Chelsea he will get put under pressure – a young striker, English centre-forward.

“He just needs to keep scoring goals just to keep people away from him and make sure those clouds don’t build.”