It was one of the games that cost Arsenal a spot in the top four.

When the Gunners went to Southampton in the middle of April Ralph Hasenhuttl’s Saints were without a win in five and had just been humbled 6-0 at home by Chelsea. Arsenal had lost their last two, but this was seemingly the perfect opponent to get their top-four bid back on track.

Mikel Arteta was forced to take a depleted Gunners squad to St Mary’s with Kieran Tierney, Thomas Partey, Takehiro Tomiyasu and Alexandre Lacazette all injured. Arsenal dominated, but a lack of quality and sharpness let them down.

Arsenal were beaten 1-0 – losing both the match and even more momentum in the top-four race. The Gunners would end the season in fifth, while Southampton only picked up one more point in the final six games of the season.

This weekend, Arsenal return to Southampton on Super Sunday fit, firing and in a completely different context. The Gunners’ phenomenal start to this season – their best ever in top-flight history – means they are four points clear of reigning champions Manchester City at the summit.

Arteta’s Arsenal have emerged as potential title contenders, but the question on everyone’s lips is ‘can they maintain this excellent start and become City’s main challengers?’ Once again, the question of squad depth has guided the answer to that question towards ‘no’.

“The difference between Manchester City and Arsenal is that City can lose a few players and play exactly the same way and can afford to rotate,” said Sky Sports pundit Micah Richards last weekend.

More from Exclusives And Features

“If Arsenal lose Gabriel Jesus, an Oleksandr Zinchenko or a Thomas Partey, all of a sudden they become a different team.” 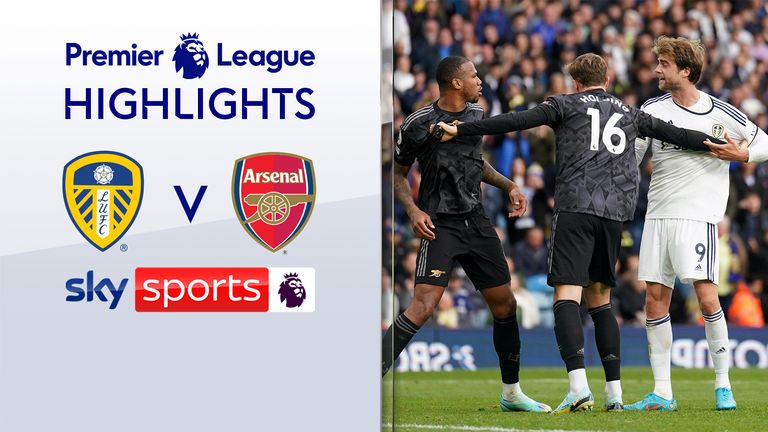 FREE TO WATCH: Highlights of Leeds against Arsenal in the Premier League.

After all, this lack of squad depth derailed Arsenal’s end to last season. The loss of Partey and Tierney in the spring meant Arteta juggled his back-up options at left-back and central midfield.

Arteta could not decide between Granit Xhaka, Cedric Soares or Nuno Tavares to replace Tierney, indecision which created inconsistency and instability. The Arsenal manager also went with Albert Sambi Lokonga as Partey’s back-up before dropping him for Mohamed Elneny after poor performances.

In the first three games after Partey and Tierney’s injuries, Arsenal lost three games on the bounce – Southampton away was one of them.

Arteta was made to pay for not having enough in reserve to support his first-team regulars. But after making very few changes to his regular Arsenal line-up this season, do the same depth issues remain as they gun for the title?

After no European football last season, it was imperative for Arsenal to beef up their squad with their spot in the Europa League confirmed – especially considering that injury curses tend to hit the Gunners on an annual basis.

And Arsenal’s summer business hints at there being two positions where the north Londoners are still short.

A Transfer Deadline Day move for midfielder Douglas Luiz failed to materialise while there was reported late interest in Wolves winger Pedro Neto. Failure to get the two targets means central midfield, more specifically Partey’s role, and right wing look like areas of concern for Arsenal.

There is reason to plan around a potential Partey absence – he has only featured in 63% of Arsenal’s Premier League games since arriving from Atletico Madrid in October 2020, meaning he is not reliable enough to be considered available every week.

Lokonga has already deputised for Partey’s injuries already this season but Arteta’s team has more control when the Ghanaian starts, scoring twice as many goals with him in the team and conceding more than they score when he’s absent.

Arsenal also have a slight problem should Xhaka, in his new-found role, be unavailable: Elneny and Oleksandr Zinchenko have both struggled with injury at the start of this season.

Meanwhile, too much was asked of Bukayo Saka at right wing last season. The England winger was left without any real competition capable of challenging him for a starting spot, leaving him as the only Gunners player – and one of just four in the top flight last season – to feature in all 38 Premier League matches.

The goalscoring exploits that Saka has now – five goals and four assists in his last eight Arsenal starts – faded away towards the end of an exhausting campaign last term, with zero open play goals and two assists in the final 10 league games of the season.

Should Saka succumb to injury during this campaign, then new signings Fabio Vieira and Marquinhos are the only real options – that’s if Arteta wants to keep Jesus in a centre forward role, instead of the wide position he often found himself at Manchester City.

Even then, Vieira – like Jesus – is most comfortable as a central player while Marquinhos, 19, who has enjoyed some promising Europa League starts in recent weeks, might be considered too raw. 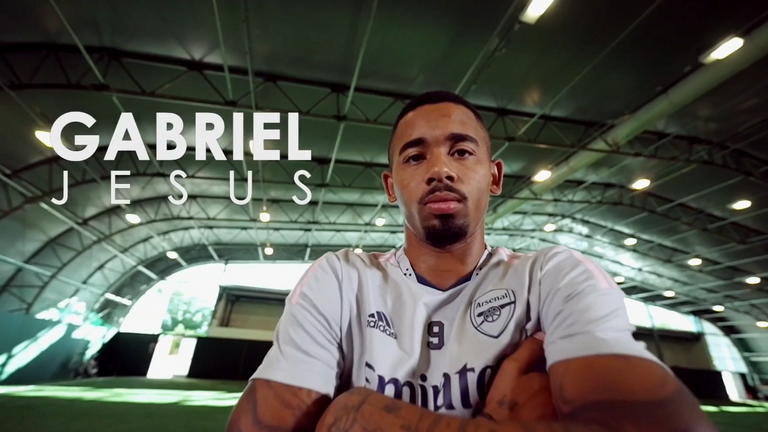 Gabriel Jesus sits down with Tubes to discuss all things Arsenal and why he does the ‘phone call’ celebration.

The impact of Jesus at Arsenal following his £45m move from Manchester City has been clear to see both on and off the pitch.

Many in the Arsenal squad have spoken about how the Brazilian striker and Zinchenko have brought a “winning mentality” from City over the summer – while Jesus, as a centre forward, has been the Gunners’ player for the big moment with five goals and three assists in his opening 10 games.

But if Jesus was to start missing games for Arsenal then it would fall on Eddie Nketiah to take up the mantle up front. With five goals in seven league games at the end of last season, the 23-year-old showed that he can start regularly for the Gunners – but he has struggled to challenge Jesus for a starting spot since the summer.

Nketiah has, however, managed two goals in three Europa League group stage matches so hasn’t lost his sharpness, while an impressive Saturday Night Football cameo against Fulham in August – where he played alongside Jesus in a front two – demonstrated the English striker’s the ability to impact games.

At centre-back Saliba and Gabriel have been ever-present, with Ben White pushed out to a right-back role and impressing.

The opportunity to move White back into the centre gives Arsenal some flexibility should one of Saliba or Gabriel need a rest or a spell on the treatment table, especially with Arsenal having so many options at right-back.

But should Arteta want to keep White on the right, then only Rob Holding lies in waiting to come in at centre-half. While Holding is an experienced option having been at the club for six years, he doesn’t have the quality that his other centre-back team-mates have. Holding’s red card against Tottenham in May’s north London derby shows the risks that come with the 27-year-old.

In goal, Aaron Ramsdale has an excellent record when it comes to avoiding injury in Arsenal colours but the Gunners have downgraded in their back-up shot stopper department this year.

Last season, Bernd Leno took on the gloves when Ramsdale was unavailable last season and while Matt Turner has enjoyed a run in the Europa League, question marks still remain over how comfortable he is with Arteta’s possession-based style at the back.

Arsenal appear to have plenty of options at full-back, meaning a repeat of Tierney’s absence last season is unlikely to occur.

On the right, White’s emergence as a right-back option means Tomiyasu’s minutes can be managed better, with Cedric Soares available as additional full-back cover.

On the left, Zinchenko’s arrival means Tierney has been forced to share playing time so far this season, while Tomiyasu and Cedric also have experience of covering on the opposite flank if required.

Arsenal will also be boosted in some ways by the World Cup break, with Emile Smith Rowe and Elneny due to return from injury to add numbers in midfield.

In fact, the Gunners can use the hiatus as a chance to let many senior figures recover, as only a few regular starters are guaranteed to play tournament football in Qatar.

The likes of Xhaka, Partey and Tomiyasu are guaranteed to go to the World Cup and play every game for their countries, but the same cannot be said for Saliba, Saka, White, Jesus, Gabriel and Ramsdale amongst others – who could all either go to the tournament and be back-up players or even be left out completely.

After the World Cup, Arsenal will also have the January transfer window to address any depth concerns that could arise.

It is difficult to predict with any certainty what affect the mid-season tournament in Qatar will have on Arsenal or any of their Premier League rivals, purely given the unprecedented nature of the campaign.

Manchester City and co will have their own contingent in the Middle East, though Erling Haaland will not be there.

All Arsenal can do is get to the middle of November in this vein of form and go from there, starting with that trip back to Southampton this Sunday.