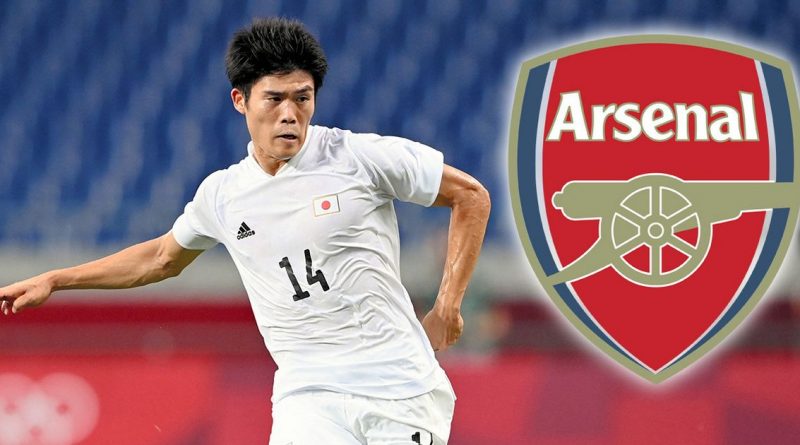 
Takehiro Tomiyasu – who can play as both a centre-back and right-back – has won 23 caps for his country, and he heads for the Emirates after two years with Serie A side Bologna

Arsenal have signed Japanese defender Takehiro Tomiyasu from Serie A side Bologna, with the 22-year-old boosting Mikel Arteta’s defensive ranks at the Emirates.

Tomiyasu joins the club on a long-term contract after two years in Italy, having first come to Europe with Belgian side Sint-Truiden in 2018, leaving hometown club Avispa Fukuoka.

The deal is believed to have cost around £16million plus bonuses and was announced on Tuesday, moments after Hector Bellerin’s loan move to Real Betis was confirmed.

Capable of playing at right-back and centre-back, 23-times capped senior international Tomiyasu – who has played for Japan at all levels between under-16s and under-23s – will be seen as a perfect addition for the Gunners.

Arteta’s men have shipped nine goals in their three Premier League games so far this season and currently sit on the foot of the table.

Cedric Soares and Calum Chambers have both been used on the right side of the defence this season, but Tomiyasu should be comfortable in either a back four or back three.

He played 63 times for Bologna across the course of the last two seasons, scoring three goals.

Gunners boss Mikel Arteta said of the deal: “Takehiro is a strong defender with good experience in Serie A and at international level.

“He’s a versatile defender with great defensive qualities, high technical ability and composure on the ball. He will be an important member of our squad. We look forward to Takehiro joining up with us when he returns from international duty.”

Arsenal technical director Edu added: “We’re delighted to have signed Takehiro. We’ve been watching him for a while now and we’re pleased that we have reached an agreement with Bologna. He is an important addition to our squad.”