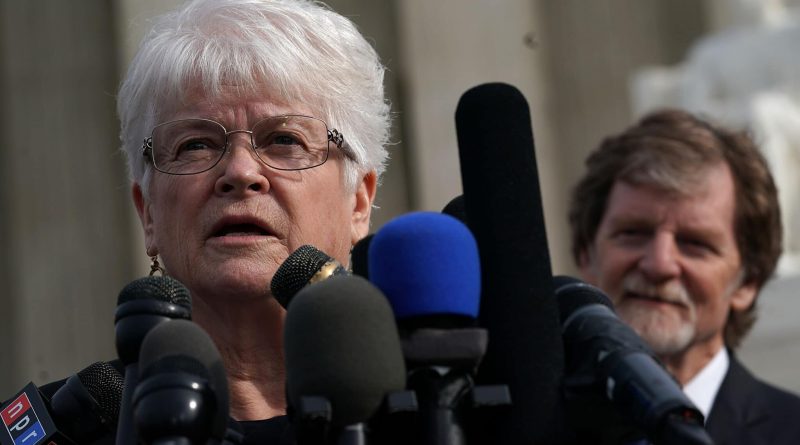 
A florist who refused to provide flowers for a same-sex wedding has now settled with the couple after a sprawling legal battle that reached the US Supreme Court.

Barronelle Stutzman, 77, from Washington State announced the settlement on Thursday (18 November), paying $5,000 (around £3,700) to Robert Ingersoll, eight years after she refused to provide flowers for his wedding.

She said that she has decided to retire and wished Ingersoll and his husband Curt Freed, who had been customers at Arlene’s Flowers for almost a decade, “the very best”.

Ingersoll and Freed plan to donate the settlement to a local chapter of LGBT+ organisation PFLAG, and personally match the $5,000.

Stutzman said in a statement from her attorneys with Alliance Defending Freedom that the agreement allows her to “preserve her conscience” by not forcing her to act against her Southern Baptist religious beliefs.

The case began in 2013, when Stutzman declined to provide flowers for Ingersoll and Freed’s wedding, due to her “relationship with Jesus Christ.”

Ingersoll stated that he had been using the florist for years, and her views had never come up despite the couple having ordered flowers to each other.

Stutzman said in her settling statement: “I’d always been happy to sell him bouquets of flowers. But this time, the special event he was celebrating was his marriage to another man.

“That was a line I could not cross, even for friendship.”

Despite refusing to provide flowers for the couple’s wedding, the florist maintains that she does not discriminate against gay people.

She said: “We hire gay people. I have friends that are gay, that wasn’t the issue. The issue is that I just didn’t want to participate in the marriage.”

Arlene’s Flowers vs the state of Washington

The anti-discrimination case was first brought against Stutzman in 2013 by the American Civil Liberties Union on behalf of Ingersoll and Freed.

The case was eventually brought to the United States Supreme Court in 2017 after the state of Washington’s Supreme Court ruled that Stutzman had clearly broken the state’s anti-discrimination laws, and that her Constitutional rights were not infringed.

The federal Supreme Court granted an appeal in June 2018, returning the case to the Washington Supreme Court for “further consideration” in light of a ruling on a similar case: that of Masterpiece Cakeshop.

Returning to the Arlene’s Flowers case in 2019, the Washington Supreme Court ruled unanimously that state courts did not act with animosity toward religion when they ruled that Stutzman broke the state’s anti-discrimination laws.

After a lengthy legal battle, Stutzman made another appeal to the Supreme Court in July this year, which was rejected.

On Thursday, Stutzman announced that she was settling the case, and had decided to retire.

Stutzman said in her settling statement that it is “time to retire and give my business to someone else.”

She explained that she is “passing her legal torch” onto others who are going through cases similar to hers, citing Lorie Smith of 303 Creative in Colorado, a graphic designer who creates custom wedding websites, who tried to challenge the state’s anti-discrimination law because she didn’t want to work with same-sex couples.

The florist added: “From the beginning, I have asked no more than the freedom to act in accordance with my religious beliefs and personal convictions.

“I have treated those who persecuted me with respect, and with the assurance that I want for them the same freedom that I ask for myself.

“I’ve never had to compromise my conscience, or go against my faith.”

Ingersoll and Freed told the Tri-City Herald: “We took on this case because we were worried about the harm being turned away would cause LGBTQ people.

“We are glad the Washington Supreme Court rulings will stay in place to ensure that same-sex couples are protected from discrimination and should be served by businesses like anyone else.

“It was painful to be turned away and we are thankful that this long journey for us is finally over.”