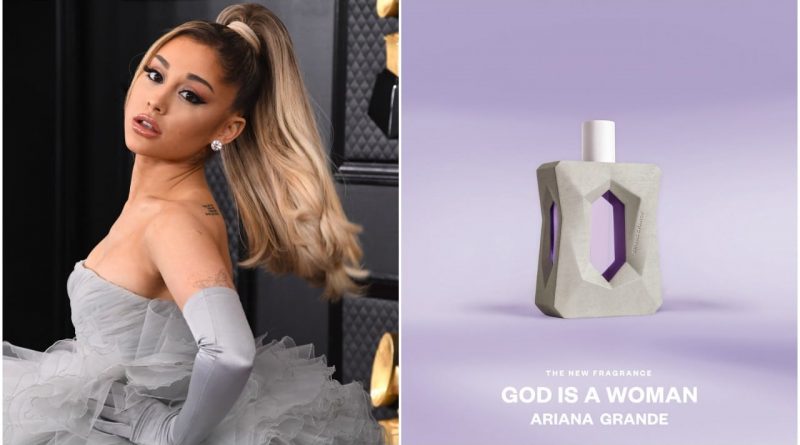 Ariana Grande has released a perfume titled after her single God Is a Woman. (Steve Granitz/WireImage & Ariana Grande Fragrance)

Ariana Grande has released a new perfume entitled God Is a Woman – and it’s 100 per cent vegan.

The singer adds to her growing collection of fragrances with a scent inspired by the hit single from her Sweetener album.

The new fragrance is now available exclusively from ulta.com.

The scent is described as a combination of Mother Nature’s finest, from an earthy musk to delicate fruits and flowers.

It opens with ambrette and juicy pear before giving way to orris and Turkish rose petals and a dry-down of Madagascar vanilla and creamy cedarwood.

God Is a Woman comes in a lavender glass bottle, encased in a matte grey holder to give the shape of a gemstone, which is made out of responsibly sourced materials.

The singer says: “I’m beyond thrilled to celebrate the release of our first-ever clean fragrance.

“We have, of course, been cruelty-free, but taking this next step … is something we are all very proud of. I really adore this fragrance and hope it makes everyone wearing it feel beautiful and empowered.”

The God Is a Woman fragrance is available in two sizes with prices ranging from $55-$65.

Plus it’s been confirmed that for the first two weeks, a portion of every purchase of God Is a Woman will be donated to ocean cleanup initiatives around the world.

The perfume is now available from ulta.com, plus fans can also get previous releases including Cloud and R.E.M. from Ulta or Superdrug in the UK.

Ariana recently joined The Voice US for its 21st season alongside fellow coaches Kelly Clarkson, John Legend and Blake Shelton.

The upcoming season will premiere this September, with a new teaser trailer featuring Ariana performing a rendition of “Hopelessly Devoted to You” from Grease.