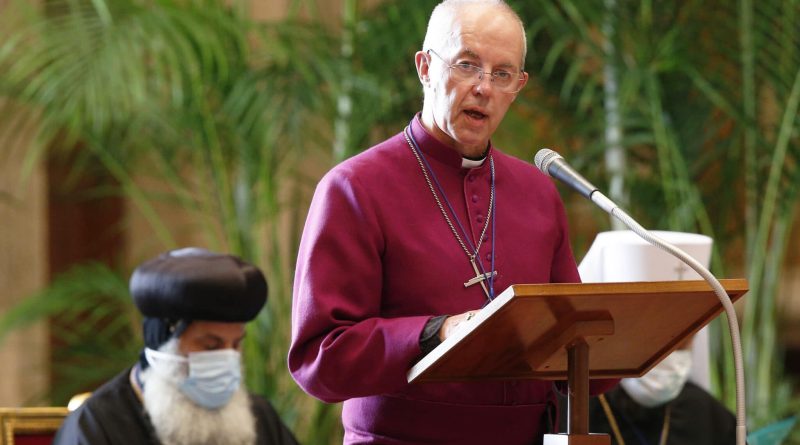 The archbishop of Canterbury has backtracked after criticising the Anglican Church of Ghana over its support for an anti-LGBT+ bill.

Justin Welby, the symbolic head of Anglicans worldwide, raised his “grave concerns” after the Anglican Church of Ghana threw its weight behind a bill that will further criminalise being queer in the African nation.

But in an about-turn that followed a virtual meeting earlier this month, Welby has apologised to the leadership of the Ghanaian church.

In a statement tweeted Friday (12 November), the archbishop of Canterbury “apologised for failing” to talk to the Anglican Church of Ghana before issuing a comment.

“I have no authority over the Church of Ghana,” Welby said, “nor would I want any.

“I say that partly because of Britain’s colonial history in Ghana, but also because of the very nature of the Anglican Communion.”

A statement following my meeting with the Archbishop, bishops and senior clergy of the Anglican Church of Ghana last week:https://t.co/efpUqflNkt pic.twitter.com/wra2KjVghs

The Anglican Church of Ghana has flagged its support for the Promotion of Proper Human Sexual Rights and Ghanaian Family Values Bill 2021 which would make it a crime to simply advocate for LGBT+ rights, punishable by up to a decade in jail.

Cyril Kobina Ben-Smith, an Anglican bishop in Ghana, referred to LGBT+ people as “unrighteousness in the sight of God” as she signalled her support.

Welby said that a virtual meeting held with the Ghanaian church after his initial statement, on 3 November, was between “equals”.

Both sides, he said, “agreed that all human beings are made in God’s image and are worthy of love, respect and dignity”.

“I welcomed the conversation,” Webly added, “which should have happened before my previous statement.

“This is not mere diplomacy: Christ commands us to speak directly and prayerfully with our brothers and sisters.

“I apologised for failing to do so.”

“One of the key conclusions of the meeting,” Welby said, “is that human dignity is always paramount and that cultural, social and historical contexts must also be considered and understood.”

Welby capped off his statement by encouraging such “continued good conversation” with Ghanian religious leaders.

The bill, often called the Family Values Bill, has stirred unrest and fear among LGBT+ Ghanaians, who already face jail time in a country where their existence is illegal.

It’s a bill that grassroots activists say has the murky signature of America’s religious right, and one the United Nations warns is a “recipe for violence“.

Rightify Ghana, one of the country’s loudest LGBT+ rights campaign groups, previously warned PinkNews that since its introduction in March this year, anti-queer violence has rocketed.

Public hearings have now begun for the bill, allowing both sides to have their say.

The Humanist Association in Ghana, an agnostic and atheist collective, has slammed the measure, one they say is based on “inaccurate” information.

When the bill was introduced it quickly raised alarms among AIDS activists, with some arguing it could set back progress fighting the virus by almost a decade by worsening stigma.

Donors that fund the country’s initiatives could be criminalised, the Ghana AIDS Commission has warned.

Such concerns were shared by the Humanist Association, a spokesperson for the group, Okai Allotey, told Accra-based Starr FM.

If parliamentarians refuse to listen to experts, then the groups call for the “total withdrawal” of the bill.

“We know parliament is a house of facts and records,” Allotey said.

“So with the mountain of facts being shared, they will not listen to [the Ghana AIDS Commission] and not do a different thing, that will be disappointing to us.

“So we will try and give them the benefit of the doubt for them to interrogate the facts that will be out and we want the total withdrawal of the bill.”