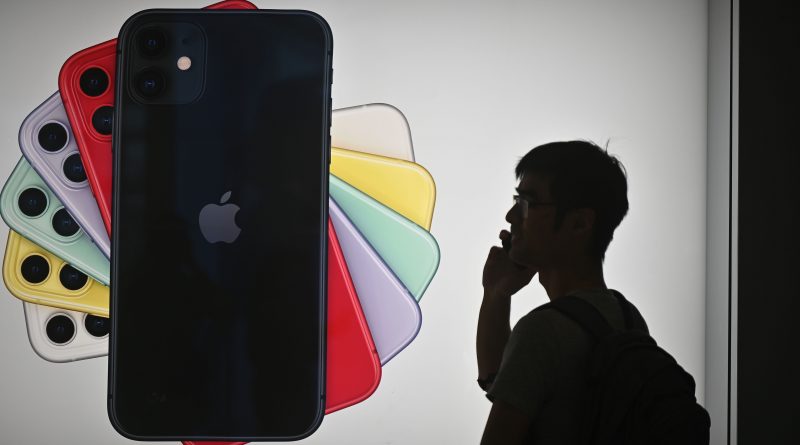 A man uses his mobile phone as he walks past advertising for iPhones outside an Apple store.

Eight states will roll out a feature allowing users to add driver’s license and state IDs to Apple Wallet for iPhone and Apple Watch to use at security at participating airports, Apple announced Wednesday.

Arizona and Georgia are the first states to adopt the feature and Connecticut, Iowa, Kentucky, Maryland, Oklahoma, and Utah will follow, though the company did not specify a timeline.

The news comes just months after Apple said it was working on the feature with the Transportation Security Administration at its Worldwide Developers Conference in June. The feature is a crucial step in Apple’s plan to replace physical wallets and will offer more convenience to travelers looking for touchless airport travel, the company said.

Adding IDs to the Wallet app works similarly to uploading credit cards and transit passes, Apple said. Once users scan the ID, they will also be asked to complete facial and head movements as an additional security measure.

After tapping their mobile ID at identity readers in airports, users must approve a note from TSA using Face ID or Touch ID. The company says customer data is “encrypted and protected against tampering and theft” and that the ID can only be viewed by the owner.

Apple currently offers mobile student IDs that allow students to access campus buildings and make purchases without a physical card, a feature expanded to additional universities in the U.S. and Canada this summer.

The new ID feature will be available with an iPhone software update due for release later this fall.