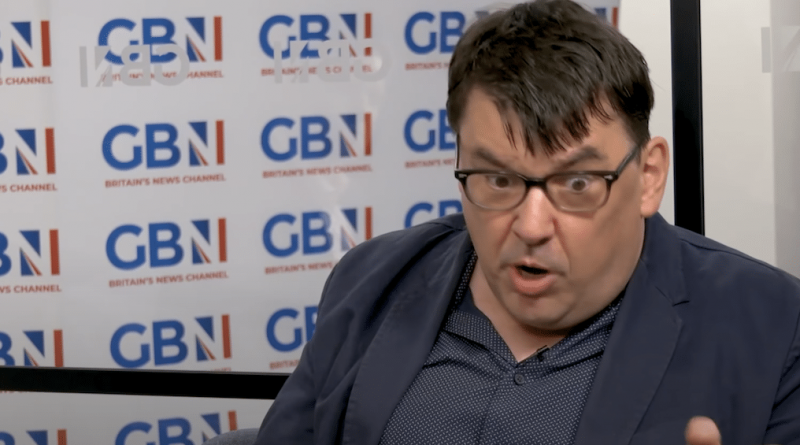 British anti-trans activists are planning a “TERFmas” campaign this holiday season, including “gender critical coming out day” and a “12 days of peaking” advent calendar.

“Gender critical coming out day” was announced on the blog of disgraced TV writer Graham Linehan, who was permanently banned from Twitter last year for “hateful conduct” over his relentless anti-trans rhetoric.

A website created for the bizarre event, scheduled for 19 December, reads: “Gender Critical Coming Out Day is an idea that a lot of people have talked about for a while. It’s a day to let others know you support the reality of biological sex, and that you are against an ideology that says gender identity can replace sex, in whatever way works for you.

“You might be able to be very open, or you might only be able to do something subtle, but together our collective actions all add up. You should only do what is safe and right for you.”

Considering the time of year, many of the “actions” suggested are Christmas-centric, leading Linehan himself to describe the event as “TERFmas”.

One suggestion is to use holiday parties and families gatherings to start “conversations” about trans people, which the site says is “better than talking about COVID or Brexit”.

Another is to buy “gender critical merch” and anti-trans books as Christmas presents. The website even links to a shopping list, meaning that this year the families of anti-trans activists may wake up to an LGB Alliance beanie in their stocking, or an “adult human female” mug under the tree.

There are even tips on how to “come out” at work, which include adding “my pronouns are based on my biology” to your email signature, or scattering the aforementioned anti-trans merch around the office.

“You don’t have to make a statement,” the site reassures readers. “Others ‘in the know’ will recognise the subtle signals and maybe start a conversation with you.”

In a podcast on his YouTube channel, Linehan confirmed that he is behind the “gender critical coming out day” website, along with fellow anti-trans activists Helen Staniland and the ironically anonymous Karen Actually, who doesn’t seem to be “coming out” any time soon.

The podcast also confirmed that the date (19 December) had been chosen because it is the second anniversary of JK Rowling’s infamous anti-trans tweet in support of Maya Forstater.

Linehan said: “It is kind of TERFmas, it’s going to be good because it’s, like, just before Christmas.

“We’re going to be providing things like printouts that you can give family and friends, we’re having a 12 days of peaking advent calendar.” “Peaking” is a term used by anti-trans people to refer to the moment someone is converted to becoming transphobic.

Linehan’s podcast co-host Arty Morty added: “It feels very moving to me because of the echoes of coming out of the closet as a gay person… I’m getting choked up a little bit here.

Although transphobic hate in Britain is a growing and terrifying problem, Graham Linehan’s “gender critical coming out day” and “TERFmas” plans are so embarrassing that they have mostly been met with pity.

I don’t think much of his new sitcom plot. https://t.co/OBCPDpx97j

The news left many Twitter users wanted to “cringe themselves inside out”, and one wrote: “I’m just imagining this being held in a 1930s church hall, smelling of floor polish and stale wee with tea served in those green cups and saucers church halls always have. And forlorn plates of custard creams.”

Never has a man needed to get some fresh air more urgently https://t.co/Hj3NXERduA

They should have to live openly as a GC for at least a year before having their status approved.

One person described “gender critical coming out day” as “the world’s saddest, most tiresome joke”, while another implored Linehan: “Just build a model village in your attic or something.”