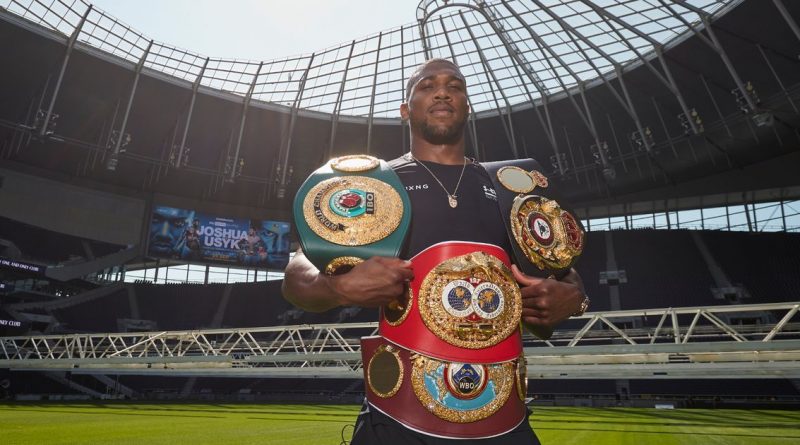 Anthony Joshua v Oleksandr Usyk – the tale of the tape

It’ll be just like old times for Anthony Joshua.

A Saturday night out in Tottenham and someone wanting to make a name for themselves by trying to beat him.

Joshua used to go to the Opera House nightclub in Tottenham with his mates from Finchley ABC when he was 19 and 20.

They liked the Opera House because one of their Finchley coaches, Colin Webster, was a bouncer there and would always let them in.

Sometimes a booze-fuelled clubber would pick a fight with Joshua because he was the biggest bloke in the club and it would all kick off.

Joshua would give the foolhardy challenger a taste of his power before Webster, who tragically died from coronavirus in March 2020, chucked them out.

“When we were boxing, it was serious, but at the same time it wasn’t serious,” said Joshua. “It was only amateur boxing, so we would all go out at the weekend and have a few drinks and that.

“When you go out somewhere, you need to know you’re going to get in and one of our coaches was a bouncer at The Opera House.

“There were 10 of us going out, we were all boxers, so you couldn’t really fight us.

“If we got into a fight, the bouncer would sling them out then tell us where they were.

“He would say ‘they’re round the corner, there’s one of them walking down there’.

“We were always on top. The Opera House, they were fun days.”

Joshua, 31, is part of a WhatsApp group with his old Finchley pals and has given them tickets for tonight’s clash at the Tottenham Hotspur Stadium through their old trainer Sean Murphy.

Rather than just a dance floor of clubbers, a 68,000 sell-out crowd and millions more in 170 countries will witness Joshua’s latest fight in Tottenham in a pinch-yourself-moment.

Oleksandr Usyk is the guy calling him out this time and he aims to dethrone Joshua to become the unified heavyweight world champion in just his third fight in the top division.

“It’s come with a lot of hard work,” said the WBA Super, IBF and WBO king.

“In a way it’s crazy, but I do understand why 60,000 people are coming out. I know how committed boxing fans are so I have made a commitment to them to try to repay them with an exciting performance.

Will Oleksandr Usyk win the world heavyweight title against Anthony Joshua? Let us know in the comments section!

“Usyk is the next guy standing in my way and I want to deliver a knockout for the fans.”

That will not be easy against the silky southpaw and the former undisputed cruiserweight world champion will fight at distance in an attempt to outpoint Joshua over 12 rounds.

That is the biggest threat to Joshua and he must use his quick feet and superior strength to hurt Usyk when the unbeaten Ukrainian steps inside to fire off at him.

As brilliant as Usyk is, he has never faced anyone with Joshua’s firepower and I expect this contest to go the same way as his previous fights in Tottenham all those years ago.