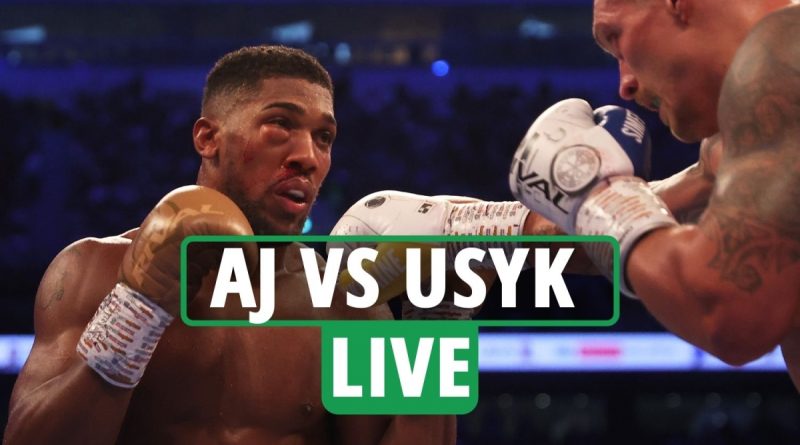 Eddie Hearn revealed heartbroken Anthony Joshua is already chomping at the bit to get training again.

Eddie Hearn: “It was a tough fight, a gruelling fight. He’s not quite talking the way you’d expect him to talk at the moment.

“He’s devastated, he’s already talking about getting back into training. They want to look at the eye socket, he says it’s fine.

“Congratulations to Oleksandr Usyk, what a fighter. He put in a great performance tonight and the better man won.

“That was always the danger of the fight. You overthink it, you try and be too technical, you don’t use your attributes and you don’t make your mark early enough in the fight.

“It was all the things you worry about against a fighter like Oleksandr Usyk. He was a little bit more aggressive than anticipated.

“He goes down in history, no complaints, he will go again and he’s already talking about training on Monday.

“Madison Square Garden was different, this was just being beaten by the better man on the night and you’d have to make some big changes in the rematch to avenge that defeat.

“Usyk was the deserved winner and he’s got to make changes in the rematch.

“He will want to go straight back into that rematch, he will be an underdog in the rematch this time after tonight.

“This is his life. He lives and breathes boxing. Boxing saves him and made him.

“When you fall out of love with it, that’s when it’s time to walk away from the sport.

“For me, that was an average performance from Anthony Joshua. He can do so much better in that fight, but he’s facing a pound-for-pound great.”