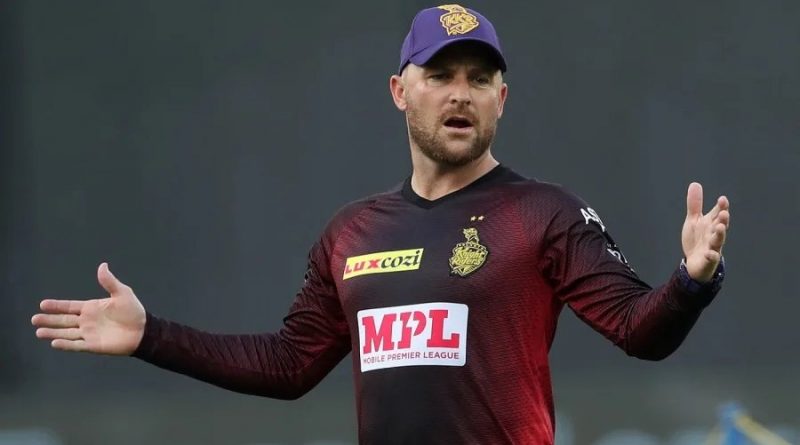 Brendon McCullum, the New England Men’s team Test coach, made an impression during the interview process, with ECB strategic adviser Sir Andrew Strauss saying that the selection panel was ‘blown away’ by the New Zealander’s vision.

On Thursday, McCullum was introduced as England’s new Test coach, which is touted major assignment for the 40-year-old. McCullum has only ever coached in the T20 franchise circuit, with the Indian Premier League’s Kolkata Knight Riders and their Caribbean Premier League affiliate Trinbago Knight Riders.

He did, however, play in 101 Test matches for New Zealand, including an excellent period as captain, during which he helped revolutionise the way they played the game and laid the groundwork for their World Test Championship victory last year.

I’m Delighted and Excited To Have Brendon McCullum As The Coach: Andrew Strauss

Fans will be hoping McCullum can have a similar impact as the coach, and Strauss, who was part of the selection panel that chose him, believes he is the “ideal person” to turn around a team that has only won one of their last 17 Test matches.

“I’m delighted and I’m excited. He blew us away with his clarity of thinking and his simple approach,” Strauss said while speaking to Sky Sports.

Strauss further added: “He’s a very positive guy with a very clear mindset and he will embed that in that Test team at a time when confidence is a bit low and people need a bit of clarity and direction. He’s an impressive guy. He can’t wait to start and, quite frankly, I can’t wait for him to start.”

“The English team need someone to back them, to give them confidence and inspire them and they need to break the shackles and realise how good they are. I think he’s the perfect person to do that.”

McCullum’s first assignment as a coach will be up against New Zealand from June 2.

Also Read: IPL 2022: Feels Good To See That The Future Of Indian Cricket Is In Safe Hands: Mohammad Shami