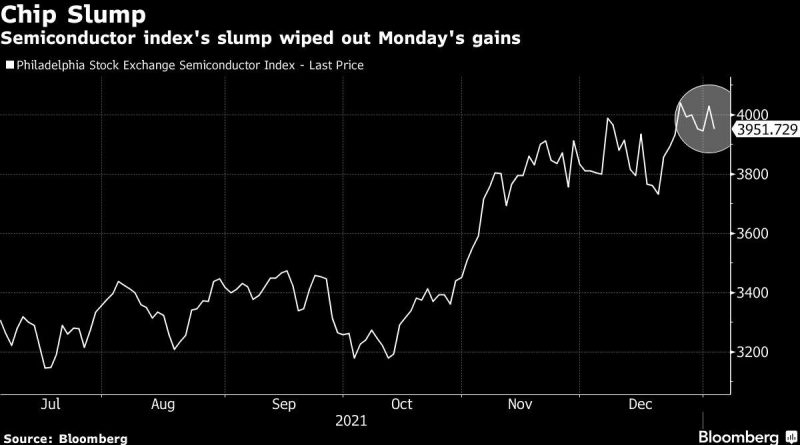 Advanced Micro Devices Inc. and Nvidia Corp. were among the biggest decliners in the Philadelphia Semiconductor Index Tuesday with drops of about 5%. The index of 30-chip related companies fell as much as 2.7% and is on pace for its worst decline in more than two weeks.

High-growth stocks are the most susceptible to the impacts of rising bond yields since their values rely heavily on future earnings, which analysts discount into current dollars by using prevailing market rates. The higher those rates go, the smaller the current value of those earnings become.

Other big decliners in the chip index included Lattice Semiconductor Corp., which fell 6%, and ASML Holding NV, which declined more than 3%. The Philadelphia semiconductor index’s drop erased Monday’s gains, though the gauge is still up nearly 4% over the past month.