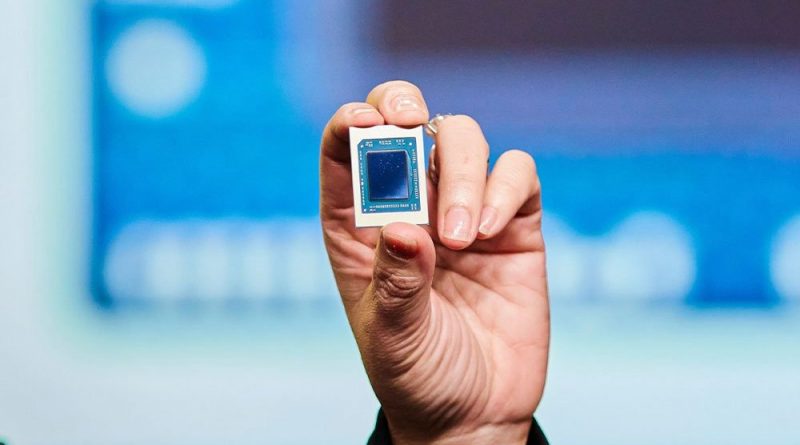 
Four top chipmakers on Tuesday introduced their latest products ahead of the CES 2022 tech conference. The news was a potential catalyst for AMD stock, Nvidia stock and others.


Advanced Micro Devices (AMD) kicked off a day of announcements by companies at CES preshow events. CES officially runs Wednesday through Friday. CES 2022 is a hybrid event with an in-person show in Las Vegas as well as an online component.

AMD showed off its latest central processors and graphics processors for notebook PCs, with a special emphasis on gaming applications.

“The performance is just amazing,” Su said. “We are delivering an average of 1.3 (times) faster performance compared to the 5000 series across a wide range of compute-intensive benchmarks.”

AMD also previewed its next-generation processors, the Ryzen 7000 series. Those chips will use 5-nanometer process technology and are set for availability in the second half of 2022.

Graphics-chip maker Nvidia (NVDA) said its processors and software will play a key role in building the so-called “metaverse.”

On Tuesday, it announced the availability of Nvidia Omniverse software for creators who use its RTX graphics processors. It also revealed new Omniverse features for digital artists and designers.

“This is the future of 3D content creation and how virtual worlds will be built,” said Jeff Fisher, Nvidia senior vice president of consumer products.

Also, TuSimple (TSP) announced that it will build its autonomous-trucking platform on a version of the Nvidia Drive platform called Orin.

But like AMD stock and Nvidia stock, Intel stock fell Tuesday. Intel ended the trading session down a fraction to 53.14.

Qualcomm Is ‘Ticket To Metaverse’

Finally, Qualcomm (QCOM) addressed its advancements in wireless chips and mobile processors during a live press event at CES 2022.

Qualcomm Chief Executive Cristiano Amon discussed how the company is expanding its market opportunity by moving beyond its core of chips for premium Android smartphones.

“We’re always going to be the company defining the pace of technology in mobile,” he said. “But there’s more to Qualcomm.”

Qualcomm sees its future growth in providing connected, smart and power-efficient chips for devices on the network edge. That includes automobiles, Arm-based PCs, and virtual reality and augmented reality headsets.

In the VR and AR space, Qualcomm already is providing its Snapdragon chips to more than 50 devices. On Tuesday, Qualcomm announced an expanded collaboration with Microsoft (MSFT) to develop lightweight AR glasses.

“We’re the ticket to the metaverse,” Amon proclaimed.

The fabless semiconductor group ranks first out of 197 industry groups that IBD tracks.