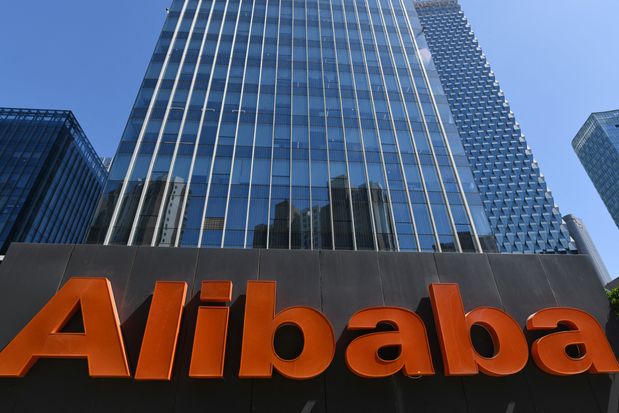 stock is poised to take one of the biggest tumbles of the year Tuesday as investors face pressure on multiple fronts.

Shares in Alibaba (ticker: BABA) fell 3% Tuesday after slipping around 5% in the premarket session. It’s on track for one of the most significant one-day declines of the year, measuring up to the poor performance of Jan. 13 when Chinese economic concerns took center stage and the stock fell 4.4%.

(JD) Tuesday, which was down 1.3%, as well as the wider tech sector. The tech-heavy

There are likely a number of factors behind Alibaba’s latest slump.

For one, investors can blame familiar concerns: high inflation, expectations of interest rate increases and tighter monetary policy from the Federal Reserve, and a significant spike in bond yields. These factors are all contributing to a selloff in tech stocks Tuesday.

The yield-on the benchmark 10-year U.S. Treasury note was at the highest level since January 2020, touching 1.84% Tuesday. The valuations of many high-growth companies in the tech sector rely on the prospect of profits many years in the future, and higher bond yields typically discount the present value of future cash.

But bond yields have been rising all year: The 10-year yield began 2022 at 1.53%. While rising yields have come in tandem with a decline in tech stocks broadly—the Nasdaq-100 is down nearly 6% so far this year—that hasn’t necessarily been true for Alibaba. The stock is up more than 9% over the same period.

Dip-buying has been a major factor behind the recent surge, as investors capitalized on a stock that looked relatively cheap after a brutal 12 months. Alibaba lost almost 50% of its market value in 2021 amid slowing sales growth, and, more crucially, regulatory concerns. Analysts have recently been upbeat that the worst is over and the regulatory picture is clearing.

The macro factors that are hitting tech broadly Tuesday are no doubt also playing into the price action for Alibaba. But the stock’s underperformance suggests there may be more to it than that. Reports of new and unexpected regulatory scrutiny could be to blame.

According to a report from Reuters that cites three anonymous sources, the White House is investigating Alibaba’s cloud business as a potential risk to U.S. national security. The probe focuses on how Alibaba stores U.S. client data, and whether the Chinese government could have access to it, the report said.

If the report is true, it would be bad for two different reasons.

One, it would signal that Alibaba continues to face significant concerns from regulators, and that the fog of scrutiny isn’t lifting as fast as anticipated.

Second, it would represent a real threat to Alibaba’s cloud business, which has been a recent source of growth and an area that some analysts say is materially undervalued. It’s also a division of the company in particular focus, especially because Chinese consumer spending—linked to the core e-commerce business—has slowed down.