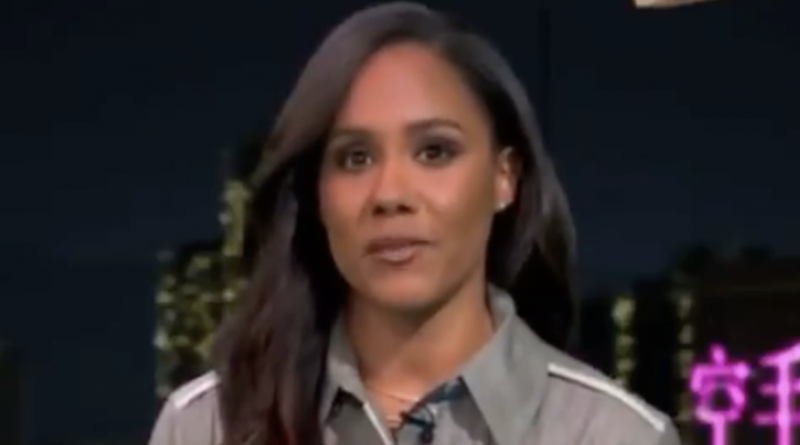 Alex Scott hit back at criticism of her accent in the best possible way during BBC One’s coverage of the Olympics on Saturday night.

During the broadcast of the games, Scott took the opportunity to respond to a tweet from Lord Digby Jones suggesting her accent is spoiling the BBC’s good work this summer.

The Baron claimed she cannot pronounce the letter ‘g’ at the end of her words and that she should have elocution lessons.

His tweet read: “Enough! I can’t stand it anymore! Alex Scott spoils a good presentational job on the BBC Olympics Team with her very noticeable inability to pronounce her ‘g’s at the end of a word.

He then followed up his statement with two more tweets. They read: “She’s hot on the heels of Beth Rigby at Sky the Home Secretary for God’s sake! Can’t someone give these people elocution lessons?

“I fear that it may be aped by youngsters along the lines of the use of the moronic interrogative originally caused by ‘Neighbours’; on behalf of the English Language…..Help!”

The former Arsenal and England international did respond to the tweet online but she hit back hard when introducing the show’s next segment.

With a grin, the 36-year-old said: “So far we’ve been runnin, shootin, scorin, swimmin and puttin, but we’ve still got a lot of gold to still uncover.”

“Proud of the young girl who overcame obstacles, and proud of my accent! It’s me, it’s my journey, my grit.”

She added: “A quick one to any young kids who may not have a certain kind of privilege in life.

“Never allow judgments on your class, accent, or appearance hold you back.

“Use your history to write your story. Keep striving, keep shining & don’t change for anyone.”

Fans rallied behind Scott following her inspirational tweets and response on TV as one fan said: “We love you Alex, don’t listen to them! We love you & your accent!”

Another fan wrote: “Keep up the good work Alex, while a third fan tweeted: “You’re AWESOME! Keep doing you!”

Alex will present another addition of Today at the Games on BBC One alongside Claire Balding tonight at 7.30pm.