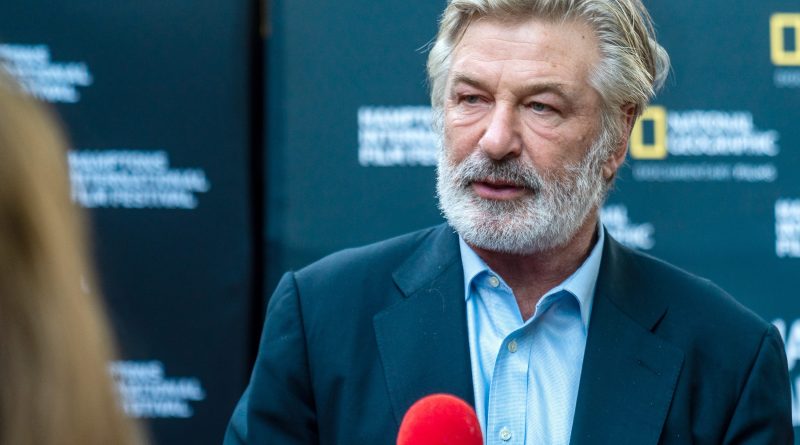 Alec Baldwin on Oct 7, 2021 at the Hamptons International Film Festival.

Hollywood actor Alec Baldwin fired a prop firearm on set Thursday, killing the director of photography working on his film and injuring its director, police said.

Halyna Hutchins, 42, was killed and Joel Souza, 48, was injured on the set of “Rust,” a Western being filmed at the Bonanza Creek Ranch in Sante Fe, New Mexico, according to the Santa Fe County Sheriff’s Office.

Hutchins was transported via helicopter to University of New Mexico Hospital where she was pronounced dead. Souza was brought to Christus St. Vincent Regional Medical center to undergo treatment for his injuries.

The circumstances of the shooting are under investigation. No charges have been filed in regard to the incident.

“There was an accident today on the New Mexico set of Rust involving the misfire of a prop gun with blanks,” a spokesperson for Baldwin said in a statement to NBC News. “Production has been halted for the time being. The safety of our cast and crew remains our top priority.”

Hutchins’ death echoes that of actor Brandon Lee, the son of martial arts movie legend Bruce Lee. Brandon Lee died from a round from a prop gun during filming for the movie “The Crow” in 1993.

This is a breaking news story. Please check back for updates.