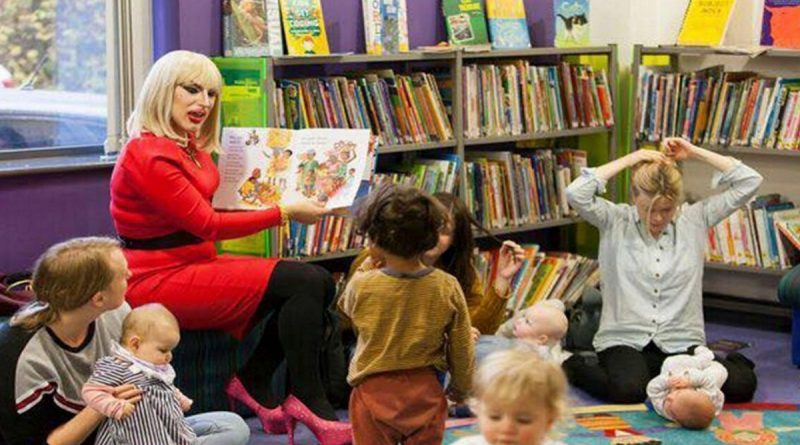 The Alaska Department of Law has removed the state’s assistant attorney general over allegations he ran a secret social media account filled with anti-LGBT+, racist and antisemitic hate.

According to an investigation by The Guardian newspaper, Matthias Cicotte allegedly mounted a Twitter account in a fake name to launch a volley of attacks against LGBT+ people, Black Lives Matter and left-wing movements.

Since-deleted tweets posted by “J Reuben Clark” said that Black Lives Matter demonstrators should “all be in prison or worse” and that “people who perform or abet sex change operations on kids get the death penalty”.

The latter, the tweets said, was his example of “one good public policy idea that would Make America Great”.

Of a Drag Time Story Hour event in Long Beach, California, “Clark” wrote: “This demon should be burned to death and everyone responsible for that library event should be in prison.”

The Guardian claimed that Cicotte was behind the account after it was scrutinised by anti-fascist researchers.

The newspaper said it had confirmed the veracity of the evidence gathered, and subsequently alleged that Cicotte has ties to the Deseret Nationalists, a right-wing Mormon splinter group.

“Is it ‘white supremacy’ to note that some racial groups have higher IQs than others based on IQ tests?” it quoted a tweet from the Clark account.

“I believe that and I am only a Deseret supremacist.”

The Clark account reportedly took aim at Jewish people with conspiracy theories about “angry yentas” who “rule” the banks and the media and plot against the “white race”.

Then in an about-turn, it reportedly said this year that Jewish Republicans are trying to get Marjorie Taylor Greene “to combat the conspiracy theory that Jews run everything by getting any member of Congress they don’t like expelled from Congress”.

The Civil Rights Act of 1964, the account continued, was a “disaster” for the human race. It also reportedly labelled the Black Lives Matter movement a “criminal enterprise”, said that allegations of racism were “purely a tool to control people on the right”, and made racist remarks against Mexican and Native American people, among others.

Researchers tied the Clark account to Cicotte by after it appeared to claim facts of his life, such as the length of Cicotte’s marriage, the type of vehicle he owns and the name of his criminal law professor. Also cited were photographs with distinctive details that mirrored images of Cicotte’s home that had been posted to Twitter and a real estate website.

Cicotte, who provides legal assistant to the Alaska Department of Corrections and heads civil rights cases, “has been removed from his caseload and his status with the department”, a department spokesperson told Anchorage Daily News.

His removal “is subject to change at any time as the investigation continues”, they added.