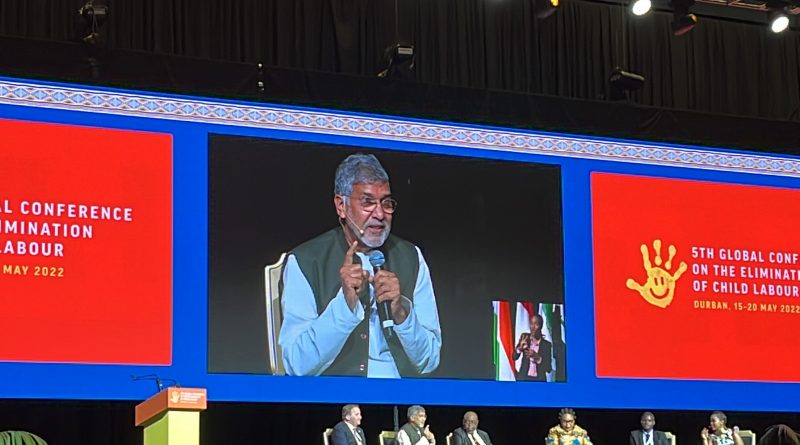 The report, jointly released by the International Labour Organization (ILO) and UNICEF in 2021, warned that in sub-Saharan Africa, population growth, recurrent crises, extreme poverty and inadequate social protection measures have led to an additional 16.6 million children in child labour over the past four years.

One of the key findings in the report included the state of the agriculture sector, which accounts for 70 percent of children in child labour (112 million), followed by 20 percent in services (31.4 million) and 10 percent in industry (16.5 million). The prevalence of child labour in rural areas (14 percent) is close to three times higher than in urban areas (5 percent).

In an exclusive interview given to IPS News, Andrew Tagoe, Board Member of the Global March Against Child Labour and the Deputy Secretary-General of the General Agricultural Workers Union, says child labour in Africa alone is more than the rest of the world combined. While the majority are in agriculture, other areas are equally very important.

“We have a big challenge at hand and Africa needs a lot of strategies to tackle it right away.

The Commitment to Reducing Inequality Index (CRI) report shows that the fifteen South African Development Community (SADC) member states lost about $80 billion in 2020 due to lower-than-expected growth, which is equivalent to around $220 for every SADC citizen.

“The analysis estimates that this economic crisis could take more than a decade to reverse, erasing all hope of countries meeting their national development plan targets to reduce poverty and inequality by 2030. The report says that many SADC member governments are still showing considerable commitment to fighting inequality – but still, nowhere near enough to offset the huge inequality produced by the market and exacerbated by the COVID-19 pandemic.”

Among the key messages in the African Economic Outlook 2021 report, states that an estimated 51 million people on the continent could fall into poverty. “Today’s non-poor households, maybe tomorrow’s poor households, 50.2 percent of the people in Africa most vulnerable to staying in poverty live in East Africa.”

There is something that we are not doing well, if the number of child labour is so high, we must change our ways, says Tagoe.

“By working together, we have begun to see some way forward, but what we have seen is that in the allocation of resources, either not being sent to the right places or when they are not enough, that still remains a big challenge.”

“We are calling for huge, massive investments in the national plans of the country, we are also calling for a community-based approach – by working with Global March, agricultural unions and their grassroots organizations. It is important to note that it’s not just about the investment, but also about the allocation of the resources, enough money has been invested into fighting child labour, but where does that money go? How is it spent? These are important questions. More money needs to go into strategies that are working and looking into community development. We have been able to develop systems and strategies. We have been able to chart and map friendly villages and labour free zone, which shows what happens when proper investment is done, it creates the potential for child labour free communities and living.

The ongoing 5th Global Conference on the Elimination of Child Labour organised by the International Labour Organization (ILO) in Durban, South Africa aims to bring together experts from around the world who are leading the way in tackling child labour to reinvigorate international cooperation and to call for commitments that will genuinely realize freedom for every child.

“You cannot blame Africa. It is happening because of the discriminatory world order. It is still an age-old racial discriminatory issue. We cannot end child labour without ending child labour in Africa. I refuse to accept that the world is so poor that it cannot eradicate the problem (of child labour),” Satyarthi said.

Child labour continues to be one of the worst end results of extreme poverty and inequality, children who are trapped in child labour deserve their right to education, health, clean water and sanitation.

“All of us must work together so that the prediction of these harrowing numbers doesn’t come true. We are very ashamed that the numbers are so high in Africa, and we must work hard to bring them down. All promises made to the children must be made to come true,” says Tagoe.

This is one of a series of stories that IPS will publish during the 5th Global Conference on the Elimination of Child Labour in Durban, South Africa.