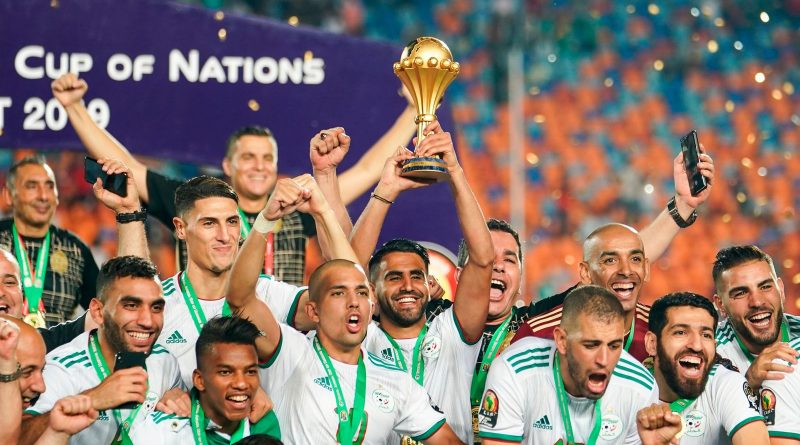 
The rearranged Africa Cup of Nations (AFCON) will go ahead as scheduled next month in Cameroon, says Confederation of African Football (CAF) president Patrice Motsepe.

A meeting was held between Motsepe and Cameroon president Paul Biya amid concerns over the threat of coronavirus outbreaks due to the Omicron variant.

Africa’s football showpiece, usually held every two years, was scheduled to be played last summer but was postponed because of the coronavirus pandemic.

Sky Sports will broadcast live coverage of the 24-team tournament between January 9 and February 6.

“I’m going to be here on January 7 and I’m coming to watch football,” Motsepe said on Tuesday.

“I’m coming to watch on January 9 (the opening match between) Cameroon against Burkina Faso. I’ll also be around to see when the trophy is handed over.”

Earlier this month, the European Club Association expressed its “deep concerns” about whether players would be safe at the tournament amid rising cases of the Omicron Covid-19 variant.

Motsepe previously confirmed strict testing measures for players and staff and added on Tuesday that spectators would need to show proof of negative PCR tests.

“We must always identify problems and challenges, and not shy away from them. We must have the confidence and the belief that we can overcome them,” he said.

“Nobody will be allowed into the stadium without a (negative) PCR test. We will have to protect the fans that are there. Of course, there will be concerns about fake tests going around, but we are dealing with those issues.

Cameroon was originally awarded the hosting of the 2019 finals but the tournament was switched to Egypt when CAF found the central African country was not ready.

The upcoming tournament is the 33rd edition of AFCON, which was won by Algeria in 2019.

AFCON kicks off on January 9 and the group stages finish on January 20.

It’s a busy schedule with the semi-finals on February 2 and 3, and the conclusion of the tournament on February 6 with the final and the third-place play-off.

AFCON: Which players could be missing for PL games?

Fifteen Premier League clubs are set to be impacted by the Africa Cup of Nations in January and February. Who are they? And which players could be absent?

The Africa Cup of Nations will run from January 9 to February 6, with 40 Premier League players potentially being called up for duty for the tournament in Cameroon.

However, depending on when clubs release their players, and how fit they are on return, in the worst case, players could miss four Premier League rounds, both Carabao Cup semi-finals and both the FA Cup third and fourth rounds.