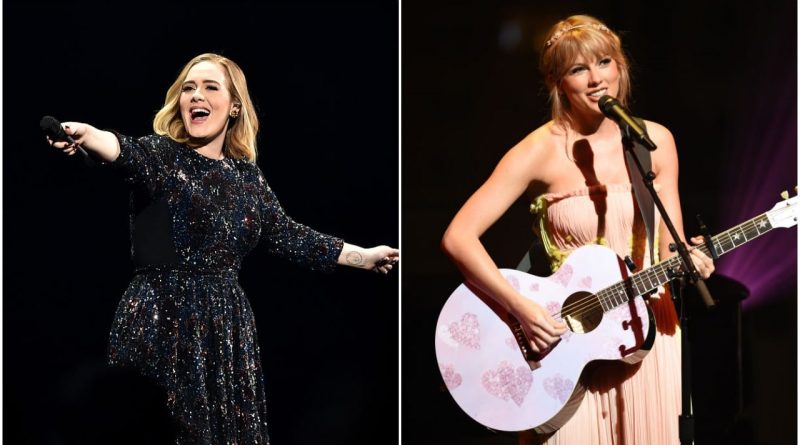 Adele and Taylor Swift are among the big album releases in November 2021. (Gareth Cattermole/Getty Images & Dimitrios Kambouris/Getty Images for TIME)

There’s nothing better than the release of new music to look forward to – and November certainly isn’t letting us down with its album release calendar.

From Adele to Taylor Swift and Little Mix to ABBA, there are so many iconic artists releasing albums this month.

First up is Adele’s 30, which is possibly one of the most anticipated albums in years.

The singer will release her fourth studio album on 19 November, with lead single “Easy On Me” already having people in their feelings, while breaking streaming records.

It’s available to pre-order on CD and vinyl from Rough Trade and Amazon.

Alongside the release of the lead single, Adele also announced details of two huge headline shows at London’s Hyde Park.

They’ll take place on 1-2 July and you can read our ticket guide here.

Another big release for November is Taylor Swift’s re-recording Red, which invented the autumn season if you didn’t already know.

The Taylor’s Version of the LP will feature 30 tracks including the original, 10 minute version of ballad, “All Too Well”.

The track is a favourite among Swifties, who will be prepping ahead of its much-anticipated release on 12 November.

It will also feature collaborations with Phoebe Bridgers, Chris Stapleton and Ed Sheeran, who are appearing on songs “from the Vault”.

These are tracks that Taylor originally wrote and recorded for the album but didn’t make the final cut.

There’s also some legendary artists releasing albums this month, with Diana Ross and ABBA both returning.

The disco queen, Ross, will release Thank You, her first original material in 22 years, while ABBA will release Voyage, their first album in 40 years.

Alongside the release of new material, fans can also catch both acts live in 2022 – well, sort of.

Diana Ross will embark on a UK arena tour in June, which includes two nights at London’s O2 Arena, and tickets are available here.

While ABBA will mark their triumphant return with ABBA Voyage, a concert residency that features holograms of the four members.

The event will take place between May and December at a specially constructed venue and tickets are flying out.

Fans can get their hands on the last tickets from Ticketmaster, which are likely to sell out following the release of their album.

All of the albums being released in November 2021