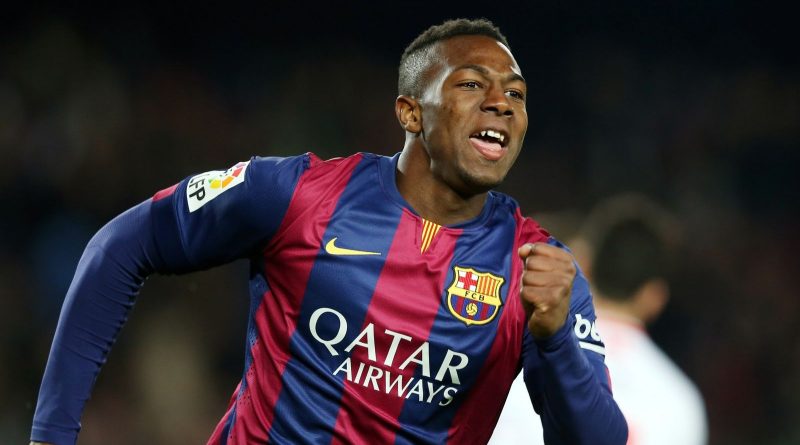 
Adama Traore is returning to where it all began, almost literally. He was born in the hospital situated next to the old La Masia campus just a trademark dribble away from the Camp Nou. He joined the club at eight, left at 19. Now, initially on loan from Wolves, he is home.

Back after six-and-a-half years in England, opinion is still divided. For some, he is a unique talent, a dribbler like nobody else in the world game. For others, his gifts remain alarmingly underdeveloped for a man who turned 26 years old earlier this week.

It is always the way with Traore. The focus is on what he cannot do and the player he could become if he started doing it. That scrutiny will only be exacerbated back in Barcelona as he prepares to add to his solitary appearance in La Liga – as a substitute for Neymar at 17.

Much has changed in eight years but Sergio Busquets and Gerard Pique are still there. Xavi Hernandez is the coach, the man looking to rebuild with academy talent. Technically, Traore is a graduate himself. But he has been bought because of the player he already is.

You will have seen the criticism; the statistics that show he has scored eight Premier League goals in 160 appearances. It is a scoring record far inferior to that of Pique, almost identical, in fact, to Clement Lenglet’s return in La Liga. They are defenders, not wingers.

Such a record is used to justify the popular view of Traore that despite his awesome pace, those greased muscles and the low centre of gravity, it counts for little without end product.

Racing away from five opponents as he did when running half the length of the field against Aston Villa earlier this season is, they say, an irrelevance when he cannot deliver the finish.

Charging through the Burnley midfield as he did at Molineux in December is a job only half done when he ignores the obvious pass and crashes the ball against the crossbar instead.

Firstly, this ignores that there is joy in the journey as well as the outcome. Few players provide the visceral pleasure that comes with watching Traore in full flow. The gasps are audible and they do not always come from the supporters of his own team.

Football is supposed to be fun, after all.

Secondly, there are caveats that come with the statistics. Accusations about a lack of end product should factor in that he is not responsible for the failure of others to convert.

Traore did go 21 games without a goal or an assist prior to his neat finish against Southampton recently but the expected assists figure was rather higher. In fact, he has been one of the most creative players in the Premier League over the past four years.

You can count on one hand the number of players not currently playing for Manchester City or Liverpool who have created more chances from open play than Traore in that time.

The figure does not even include his astonishing run from inside his own half in the quarter-final of the Europa League against Sevilla, winning a penalty when hacked down by Sergio Carlos only for Raul Jimenez’s uncharacteristically tame spot-kick to be saved.

Nor does it note his role in the equaliser against Tottenham in 2020 when Japhet Tanganga clattered into him, only for Traore to somehow stay on his feet and continue his run, providing the assist to the assist in turning around the match in a 3-2 win for Wolves.

He makes good things happen. In a more dominant side, with more touches of the ball and more quality around him, those good things are likely to happen more often.

But any analysis of Traore should move beyond these numbers and beyond the aesthetic. Something else attracted Tottenham, the team that he had looked set to join before the call of home became too loud. Those remarkable runs do have an impact on the game.

It is not as obvious as a goal but it is an impact, nevertheless.

The ball was deep inside the Wolves half when Traore received it with men around him for that aforementioned chance at Villa Park. Seconds later, the goalkeeper was forced into a save. Traore moves the ball up the pitch like nobody else in football.

According to Opta, he ranks among the top players in the Premier League for total distance carried with the ball this season. But nobody among the top 100 players on that list carries the ball further per carry than he does – an average of 14.8 metres each time.

It is an unfamiliar metric. Sometimes you need to be in the stadium to appreciate it, but as necks turn and people rise to their feet, the momentum can shift. The practical significance is that a team with Traore in it never feels too far away from their next attack.

The opposition knows it. Jurgen Klopp calls him undefendable. Pep Guardiola says he is almost unstoppable – likening him to a motorcycle.

The dribbling statistics are well documented. He completed 484 of them in the Premier League for Wolves – far more than anyone else and more than twice as many as everyone except Wilfried Zaha and Allan Saint-Maximin. His success rate was far higher.

Traore does not just dribble more, he dribbles better.

It helps to explain why Antonio Conte wanted to deploy him at wing-back. Beating an opponent is an underrated aspect of that role and there has long been a suspicion that with space to run into, Traore can be more effective than when faced with a packed defence.

Of course, that will be the challenge facing him at Barcelona. Traore was a VAR call away from marking each of his last two appearances for Wolves with a goal – but both opportunities came from the sort of breakaways that might be harder to come by now.

At Barcelona, he will have to find a yard of room where there is none. Reacquaint himself with the need to play in tight spaces when all he wants to do is roam free. Is it fair to expect his game to evolve when he is already more than 300 appearances into his career?

Perhaps not but he has the ability to make an impact anyway. Traore shapes the look and feel of any game in which he is a part. He departs Wolves as a popular figure. His decision to commit a portion of his salary to anti-racism causes is further evidence of his character.

That he remains an enigma on the pitch, a riddle to be solved, cannot be denied. But the talent is there. Xavi’s job is not so much to unlock it but to unleash it.

The Barca coach once said that any player choosing to leave would not be allowed back if he were in charge. But Traore has found his way home. Despite the noise, it is a second chance that he has earned. It will be fascinating to see whether he can seize it.