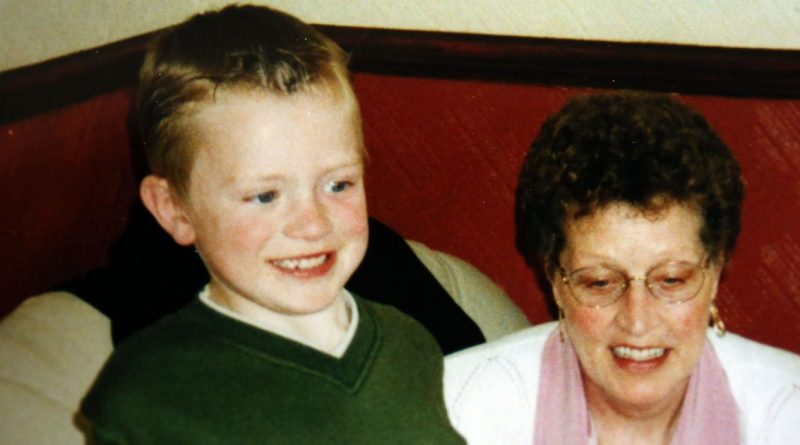 Adam Peaty is hoping to claim another Olympic gold medal in Tokyo – which is pretty remarkable considering his childhood fear.

The swimming sensation beat all his competitors in the 100m breaststroke in Rio five years ago and is hoping for a repeat this time around.

Before April this year, Peaty had all the top 20 fastest times ever in the distance and is looking to convert that into dominance at Tokyo 2020.

But no one would have predicted the 26-year-old would become an Olympic, three-time Commonwealth, eight-time World and 16-time European when he was a youngster because he was terrified of water.

The most remarkable part of his success story is surely that for the early stages of his life, Peaty wouldn’t even get in the bath, let alone a swimming pool.

Peaty, who has broken word records 13 times, would scream when he got anywhere near water because of his brothers’ nasty prank.

Get the news you want straight to your inbox. Sign up for a Mirror newsletter here.

His older brothers, Richard and Jamie, told him that sharks can come up through the plughole when he was in the bath.

Rather than focusing on becoming the fastest swimmer in the world, the first man to swim the 50m breaststroke under 26 seconds was more focused on trying not to sink.

I was scared of the water as a child. I even hated having baths; I’d scream every time,” he told The Times earlier this month.

“My older brothers had told me sharks could swim through the plughole.”

This caused problems for Adam’s mum Caroline, who struggled to get him washed when he was growing up.

The story was backed up by his adoring grandmother, Mavis Williams, who spoke to BBC News after his Rio victory.

“He didn’t like the water when he was younger,” she explained.

“Then one day Caroline’s friend took him and it paid off. And he’s been swimming ever since.”

Eventually, a friend of Peaty’s mum took him on a trip to the local pool when he was four-years-old and he immediately took to the water like a duck.

Unfortunately for his Olympic rivals, Peaty thrived during his first ever swimming lesson and completely lost his fear.

“My first memory of swimming was just trying not to drown,” he said, before adding: “These days, I’m not a fan of spiders.”

Peaty joined Dove Valley Swimming Club in Uttoxeter when he was nine and was winning races and setting club records by the time he was 12.

Two years later he joined City of Derby Swimming Club but a coach was unimpressed with his performance during the freestyle and placed him in the slow lane with younger swimmers.

When he started swimming breaststroke the coach “noticed something special” and realised he had amazing potential.

However, Peaty has admitted he only started taking swimming seriously when he was preparing for a night out drinking aged 17.

Scottish swimmer Craig Benson, who he knew from the junior circuit, reached the semi-final of the 100m breaststroke at the London 2012 Olympics.

So Peaty reassessed his priorities and committed to training full-time, which paid off when he won gold in the 100m breaststroke at the 2014 Glasgow Commonwealth Games.

His rise since then has been meteoric and he is one of only three swimmers, along with Rebecca Adlington and David Wilkie, to have won gold at all four major tournaments.

According to Peaty’s close friends, his determination and spirit sets him apart from the competition.

The champion swimmer spends hours perfecting his trademark “flying” press-ups in the gym – doing sets of 20 three of four times a day.

He also consumes 8,000 calories per day, which is more than three times as much as the average man.

During the Rio Olympics, Peaty broke his own world record in the 100m breaststroke heats before winning Team GB’s first gold medal of the 2016 games.

Grandmother Mavis admitted she “made a fool of herself screaming and shouting” as she watched his performance in the final and said her grandson’s years of training had paid off.

He also one the silver in the 4x100m medley relay – and is hoping to achieve even more in Tokyo this summer.

Peaty is so far out in front is he that it will take a torpedo to stop him becoming the first British swimmer to retain an Olympic title in the early hours of next Monday morning.

“As defending champion and world record holder there’s a lot of expectation on me to perform,” he said last week. “And rightly so.

“That’s part and parcel and it’s how you deal with it. I know I’ve got the whole country on my back and behind me.

“People may see that as pressure but if you want to be the best in the world you’ve got to take that, welcome it and find a way to perform under the scrutiny.”

Staggeringly, Peaty has not been beaten in the 100m breaststroke for seven years, boasts the 20 fastest times in history and is more than a second quicker than his nearest rival.

He wants to give a performance that not only the country but the world “deserves” after so long in the grip of a deadly pandemic.

“Sport is one of the things that can inspire and cheer people up,” he said.

“Pressure? Honestly you can overthink it. It’s two laps of the baths.

“Swimming up and down every day I’m training to win. But when I race I’m out to dominate. If I perform I don’t think many will get close.”

And the crazy thing is Peaty believes he can go even quicker than he has before.

He added: ‘We’ve done the sums and I think if it went absolutely perfectly, and I’m talking the fastest parts that I’ve done in a physical race and you put them all together, it’s 56.2 or 56.3, which is absolutely ridiculous.”

Do you have a story to share? Email webfeatures@trinitymirror.com.