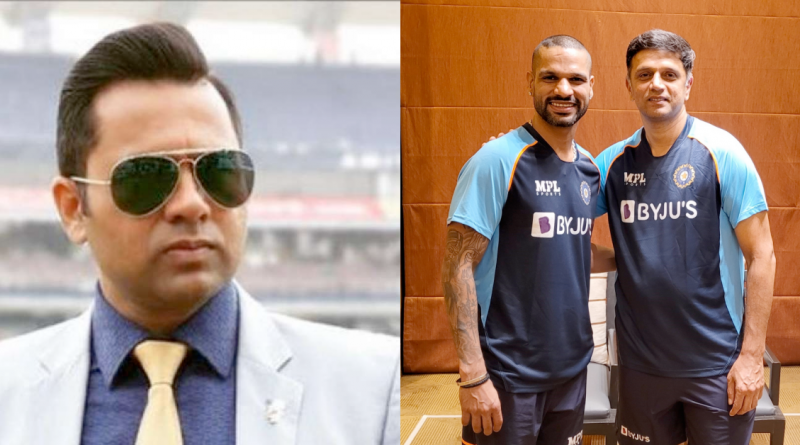 
Aakash Chopra, a former Indian cricketer, has questioned the Indian team management’s inconsistency in selecting Shikhar Dhawan for the T20I squad. Dhawan was selected captain for the white-ball series in Sri Lanka a year ago, but he is no longer in the picture, according to Chopra.

Since India’s tour of Sri Lanka in July 2021, the 36-year-old has not played a T20 match for the country. Ishan Kishan, a young batsman, was chosen ahead of him as the third opener for the T20 World Cup in the United Arab Emirates last year.

Despite the major names being rested, Dhawan has been left out of the Indian squad for the ongoing T20Is against South Africa. Head coach Rahul Dravid, according to reports, made the difficult decision to bench the seasoned batter.

There Should Be Better Continuity In Thinking: Aakash Chopra

In the absence of more experienced batsmen, India has relied on Ishan Kishan and Ruturaj Gaikwad to open the innings. While the former has performed admirably, the latter has appeared to be lacking in confidence.

Chopra responded during a Q&A session on his YouTube channel when asked if Dhawan would have been a better choice than Gaikwad:

“If Dhawan is in India’s scheme of things for the T20 World Cup, then yes. If not, then no. His selection is not based on performances. He has been scoring runs in the IPL for the past three years. I am surprised that he was the captain in Sri Lanka a year back and is now not even in the team. There should be better continuity in thinking.”

“If the selectors are thinking of Dhawan for the World Cup even as an outside thought, then he should have been there. Had he been in the team, he could have been captain. That was a genuine possibility,” Chopra further added.