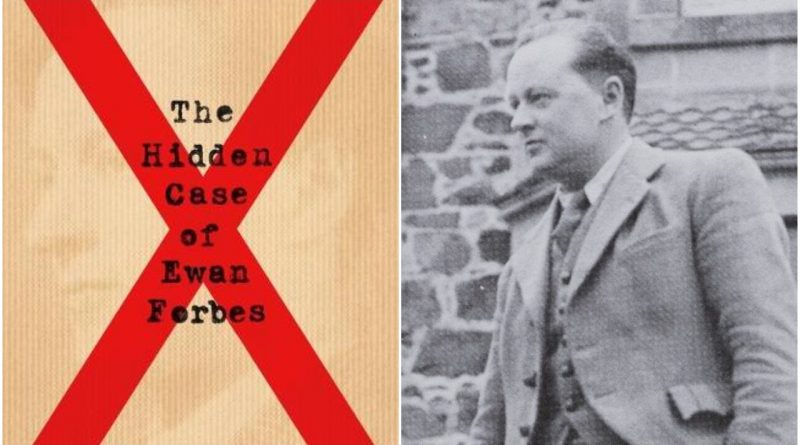 A miniseries based on the book The Hidden Case Of Ewan Forbes is coming to our screens. (Synchronicity Films)

A series based on the “hidden” life of trans man, Ewan Forbes will shine a light on “how far human rights for trans people have regressed from 50 years ago”.

Based on the real-life story of Forbes, an Aberdonian doctor, farmer and baronet, it will explore “love, gender identity and politics set in 1900s rural and royal Scotland”.

The series has been confirmed by Synchronicity Films who are adapting the book, The Hidden Case of Ewan Forbes by Zoë Playdon, as reported by Variety.

In 1952, Ewan Forbes-Sempill corrected the sex on his birth certificate in order to marry the love of his life, Isabella “Patty” Mitchell.

But his marriage, the couple’s freedom and Ewan’s gender became highly politically charged when his inheritance of the Forbes baronetcy was challenged in Scotland’s most senior court of law, by his cousin John who claimed that Ewan was a woman.

Ewan was forced to defend his male status in an extraordinary court case, testing the legal system of the time to the limits of its understanding and changing the trans experience to this day.

The story is relatively unknown, because the Scottish government took measures to bury the case, but Playdon’s book and the upcoming series will put the spotlight on Ewan’s story.

The series will be penned by BAFTA-winning trans writer Sukey Fisher who says Ewan, “is one of the boldest lives I know, forced through unthinkable trials by authority figures and biased experts, emerging triumphant but at an appalling cost.”

She continues: “He’s an ordinary but splendid man. His ordeal more than 50 years ago belongs as much to the present as the past.

“The idea that trans lives belong not to the person living them but to anyone else who cares to express an opinion is no less true today, and our civil rights are more fragile in 2021 than they’ve been for a generation.”

It’s based on the book, by University of London professor Zoë Playdon, which is a hybrid of social history, biography and gender theory.

Playdon says: “Most people are unaware that until the 1960s, trans people self-identified, received affirmative medical treatment, corrected their birth certificates and lived in complete equality with everyone else.

She adds that “Ewan was the reason that changed”, and hopes that the upcoming series “will help everyone to realise that restoring trans equality is an urgent issue of social justice”.

The book, entitled The Hidden Case of Ewan Forbes: The Transgender Trial that Threatened to Upend the British Establishment, is now available to pre-order.

It’s due for release on hardback on 11 November and paperback on 7 July and it’s available from Amazon or Bookshop.org.