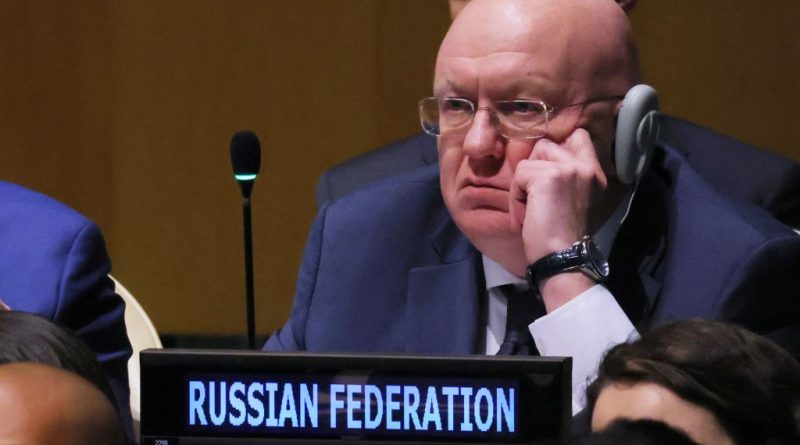 
If international forums are any indication, Russia remains persona non grata over its invasion of Ukraine. In a U.N. vote Wednesday on a resolution condemning Moscow’s illegal annexation of Ukrainian territory last month, 143 of the body’s 193 members voted in favor—the highest number of votes against Moscow since its invasion began. Thirty-five countries abstained, while just five—Russia, as well as its allies in Belarus, North Korea, Syria, and Nicaragua—voted against.

The outcome was hailed by Western leaders in the U.S. and elsewhere as a clear indication of Russia’s international isolation. But it also revealed how many countries remain on the fence, especially in Africa and Central Asia. While the states that chose to abstain may not all be among Moscow’s most fervent supporters, they can’t be classed as outright opponents either. That they also represent nearly half of the global population suggests that, even at this crucial stage in the war, Russia’s allies are not as sparse as the West might like to think.

Perhaps the most noteworthy abstentions have come from China and India. Chinese President Xi Jinping met with Russian President Vladimir Putin ahead of the Beijing Winter Olympics and declared a friendship with “no limits” in the weeks leading up to the invasion. More recently, however, China has voiced “questions and concerns” over the invasion in an apparent attempt to distance itself from Moscow. For India, which has historically eschewed formal alliances in favor of strategic autonomy, its position has more to do with its own national interests: Russia is India’s biggest arms supplier and the two countries share historic ties.

“We believe that the global order that we all subscribe to is based on international law, the U.N. charter, and respect for the territorial integrity and sovereignty of all states,” Ruchira Kamboj, India’s permanent representative to the U.N., told the General Assembly on Wednesday, noting that India’s “decision to abstain is consistent with our well thought-out national position.”

The U.N. vote also showed just how little has actually changed. When U.N. members voted on a resolution condemning Russia’s invasion on March 2, less than a week after it began, 141 countries voted in favor with 35 abstaining and five voting against.

The differences between the two votes, taken seven months apart, were marginal: Iraq and Angola, both of which abstained in March, opted to vote against Russia this week. While Eritrea moved from voting with Russia to abstaining, Nicaragua did the reverse. Thailand and Honduras both chose to abstain in the latest vote despite having previously voted against the Russian invasion. Djibouti, which previously voted to condemn the invasion, joined nine other countries in not voting at all.

Read more: Russia’s Annexation of Ukrainian Territory Is a Sign of Military Weakness

Despite U.S. cajoling, dozens of nonaligned countries in Latin America, Central Asia, and Africa continue to remain on the sidelines—perhaps because, like New Delhi and Beijing, they don’t see it as in their interest to do otherwise. This is particularly true for developing countries that rely on Moscow for arms, energy, and investment.

Some votes seem to be transactional: Ethiopia, for example, relies on Russia’s veto at the U.N. Security Council when it comes to discussing the ongoing civil war in Tigray. But there are others such as Thailand, which notably voted in favor of the March 2 resolution condemning Russia’s invasion of Ukraine, are less easily explained (though some have theorized that it could have to do with Russian President Vladimir Putin’s planned attendance at the Asia-Pacific Economic Cooperation summit in Bangkok next month).

Regardless of the reason, not all abstentions can necessarily be viewed as tacit support for Russia, says Richard Gowan, a U.N. expert at Crisis Group in New York. And not all votes in favor of the resolution should be seen as a sign of full support for Ukraine. Hungary, for example, voted to condemn Russia despite Prime Minister Viktor Orbán vocally opposing European sanctions on Moscow. Saudi Arabia, which has consistently voted against Russia at the U.N., recently announced a cut to global oil production—a move that is largely seen as benefiting Moscow by increasing oil prices and replenishing the Kremlin’s coffers when it needs it most. While Saudi Arabian officials have defended the move as “purely economic,” it stands to have a much greater impact on the war than their U.N. vote does.

“Not all the countries that voted in favor of the resolution necessarily are doing so because they are then going to apply any serious pressure on Russia,” says Gowan. “It’s a cheap vote.”

While the U.N. vote itself is largely symbolic, Gowan says that the outcome is nonetheless significant—not only as a clear rejection of Putin’s seemingly ironic anti-colonial narrative, but also as proof that “Ukraine fatigue” has not yet come to pass in the way that some diplomats have feared. “Russia is not going to pull back from Donetsk or Kherson because of these votes,” says Gowan. But the big opposition to Russia’s annexation attempt “makes it a little harder for Russia to claim that it is simply locked in a proxy conflict with NATO.”

Still, the fact that dozens of countries continue to remain neutral in this war suggests that international support for Ukraine has its limits.