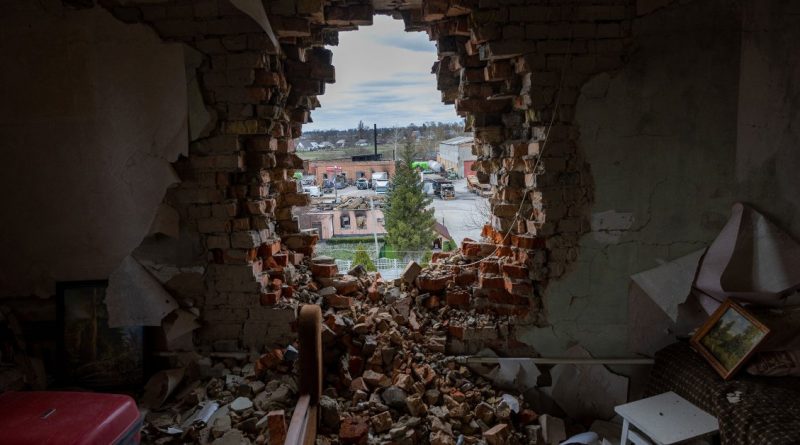 
The Ukrainian military’s request for hundreds of American-made M1 Abrams and German-made Leopard 2 battle tanks has emerged as the central issue for defense chiefs meeting in Germany this week, with Western allies split on whether and how to provide heavy weaponry that Ukrainian officials say is essential to gaining the upper hand in their war against Russia.

Germany and the U.S. each believe the other should be the one to provide Kyiv with the modern tanks it seeks. Berlin have privately insisted that Washington provide the tanks first, according to U.S. officials. But the Biden Administration says it has no plans to send American tanks for now, because they pose too big of a challenge for Kyiv to maintain and run.

The debate is the latest flashpoint over the incrementalist approach Western allies have taken when it comes to providing Ukraine with the military support it needs to repel the Russian invasion. Since President Vladimir Putin’s order to invade Ukraine last February, the U.S. and allies have repeatedly balked at providing sophisticated weaponry to Ukraine in an effort to avoid a broader conflict with Russia. As the war has dragged on, the U.S. and North Atlantic Treaty Organization (NATO) have been criticized for being slow to provide Ukraine with what it needs to gain an edge in defending their homeland.

The dispute loomed over a meeting Thursday between U.S. Defense Secretary Lloyd Austin and Germany’s new defense minister Boris Pistorius. Austin and his team laid out an argument for why the Leopards are considered more suitable for Ukraine, a senior U.S. defense official tells TIME. The Pentagon contends that Leopards consume less fuel than Abrams tanks, are easier to maintain, and, perhaps most importantly, are already widely available across Europe. Many NATO allies operate Leopards, and at least two, Poland and Finland, have said publicly that they are willing to provide the tanks to Ukraine, though such transfers would require Germany’s approval.

While allies haggle, Ukrainian President Volodymyr Zelensky said his country is in a race against time and the international partners “must not hesitate” to provide his military with the tools to win the war against Russia. “Tragedies are outpacing life. The tyranny is outpacing democracy,” he said Wednesday via teleconference at the World Economic Forum in Davos, Switzerland. “The time the free world uses to think is used by the terrorist state to kill.”

Read More: Why Russia Is Battling To Capture A Small Ukrainian Mining Town.

Fighting has intensified in recent weeks in the flat, open eastern region of Ukraine, where Russia seeks to capture the entire Donbas region at the expense of steep losses to its own forces. Officials from the U.S., Russia and Ukraine have referred to the brutal conflict as a “meat grinder,” with streets strewn with corpses of soldiers. Ukrainian officials believe battle tanks are critical to defending its troops on the battlefield and helping repel the Russians.

Ukraine currently operates a Soviet-era tank fleet, and U.S. officials are sympathetic to their request. “We believe the provision of modern tanks will significantly help and improve the Ukrainians’ ability to fight where they are fighting now and fight more effectively going forward,” White House National Security Council spokesman John Kirby told reporters on Wednesday.

Yet U.S. defense officials say the American-made military hardware Ukraine has requested may not be the answer. “The Abrams tank is very complicated; it’s expensive; it’s hard to train on,” Colin Kahl, the Defense Department’s undersecretary for policy, told reporters Wednesday at the Pentagon. “I think it’s about three gallons to the mile with jet fuel. It is not the easiest system to maintain. It may or may not be the right system. But we’ll continue to look at what makes sense.”

Kahl held the door open to possibly providing Abrams in the long-term, saying the Biden Administration had yet to make a final decision. “I just don’t think we’re there yet,” he said. “But I will say that one of the things that Secretary Austin has been very focused on is that we should not be providing the Ukrainian systems they can’t repair, they can’t sustain, and that, over the long term, they can’t afford because it’s not helpful.”

Ben Hodges, a retired lieutenant general who once commanded all U.S. Army forces in Europe, says the maintenance and logistics concerns associated with the battle tanks is no reason to hold them back. “The U.S. should stop being so condescending when talking about how difficult this would be for the Ukrainians, to meet the fuel requirements,” he says. “The Ukrainians will sort that out. They’ll MacGyver a solution as they’ve been doing for months—just give them the capability they need.”

Zelensky has appealed directly for new armor since last April, asking NATO for just “one percent” of the alliance’s combined fighter jets and battle tanks. That never happened, though Britain announced this week it would send 14 of its Challenger 2 tanks to Ukraine. That’s a pittance compared to the 300 tanks Ukrainian military officials say they need for a successful defense. The U.K.’s contribution “is not sufficient to achieve operational goals,” Ukrainian officials said in a statement Thursday. “We appeal to all these and other countries possessing appropriate capabilities to join the initiative on establishment of an international tank coalition in support of Ukraine and make their practical contributions to this cause.”

Thousands of Leopards are already located throughout Europe because the tank is operated by 13 European armies, according to the European Council on Foreign Relations. They also have diesel engines like other armored vehicles currently in the Ukrainian arsenal, making them easier to maintain.

German Chancellor Olaf Scholz sidestepped a question Wednesday from a Ukrainian official at the Davos summit on whether he was willing to supply Leopard tanks, instead saying: “We are never doing something just by ourselves, but together with others, especially the U.S., which are very important in this common task to defend the Ukrainian independence and sovereignty.”

The issue is expected to be at the center of a special summit Friday at Ramstein Air Base in Germany, where 50 defense ministers will confer and coordinate future military aid packages to Kyiv. It marks the fifth in-person session of the “Ukraine Defense Contact Group” since Russia’s invasion.

The West’s decisions in the days ahead are likely to prove critical in the coming months, with Ukraine and Russia both expected to launch offensives in the spring to gain ground. The Biden team anticipates that tanks, armored vehicles and other heavy weapons—and the timing of deliveries—could prove pivotal in determining which side wins the next phase of the war.