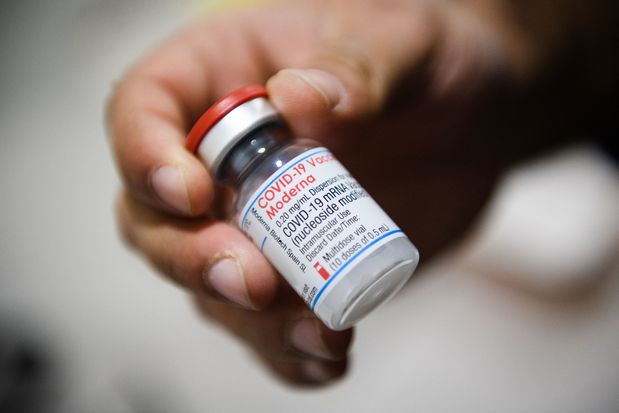 
A large U.K.-based asset manager made big changes in its U.S. stock portfolio, buying names that outperformed last year, and selling those that had lackluster showings.

), the producer of Covid-19 vaccines, and graphics-chip maker

(NVDA) in the fourth quarter. It slashed its positions in the software giant

The asset manager disclosed the stock trades, among others, in a form it filed with the Securities and Exchange Commission. RLAM declined to comment on the transactions. It managed $223 billion in assets as of Dec. 31.

Moderna stock hit a 52-week intraday high of $497.49 in early August before beginning a long slide following the release of the company’s second-quarter report. Shares ended 2021 at $253.98, continuing their cold streak into January as the Supreme Court blocked the Biden administration’s vaccine mandate. Shares closed Friday at $159.47.

Strong earnings and upbeat outlooks pushed Nvida shares higher in 2021—a streak hot enough by year-end that one observer suggested that the company should join the so-called FAANG stocks, replacing

Mixed guidance by Salesforce in its latest quarterly report, at the end of November, sent shares sliding and shook up investors’ views of the entire cloud-computing sector. Barron’s noted earlier this month that Salesforce stock looked undervalued at $255.46—it closed Friday at $222.13.

The manager sold 189,272 Sirius XM shares to end the quarter with 177,003 shares. Sirius XM stock was essentially flat in 2021 despite coming under pressure as component shortages cut into auto sales. We noted in November that
Warren Buffett
and media mogul
John Malone
used the shares for a tax-efficient stock swap. In mid-January, J.P. Morgan downgraded Sirius XM stock to Underweight from Neutral, citing diminishing growth, slowing share repurchases, and a view that management’s forecasts for 2022 won’t meet expectations.

Inside Scoop is a regular Barron’s feature covering stock transactions by corporate executives and board members—so-called insiders—as well as large shareholders, politicians, and other prominent figures. Due to their insider status, these investors are required to disclose stock trades with the Securities and Exchange Commission or other regulatory groups.