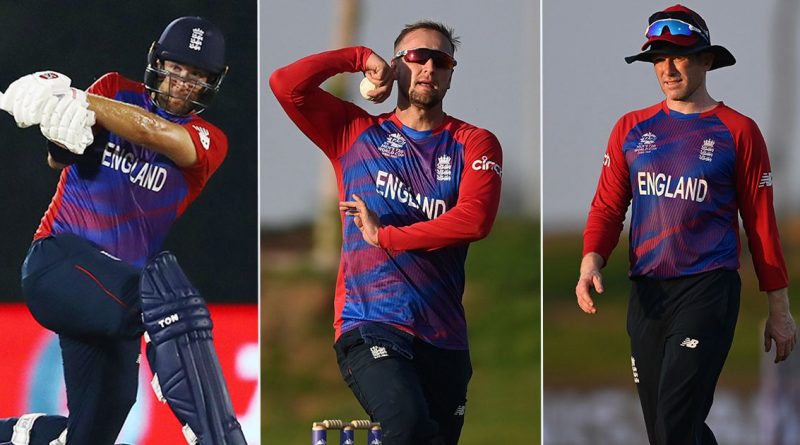 England ‘s T20 World Cup campaign will get underway on Saturday with a huge clash against the West Indies, a rematch of the dramatic 2016 final which the West Indies won.

England have played two warm-up matches ahead of that game, winning one and losing the other.

Against India, they were beaten by seven wickets thanks to some destructive batting from Ishan Kishan and KL Rahul, while Jos Buttler, Mark Wood and Adil Rashid played starring roles in a 13-run win over New Zealand.

But what can England take from those two games? Mirror Sport takes a look at seven things they have learned.

Dawid Malan ‘s record in T20I cricket is outstanding, with the 34-year-old the ICC’s number one ranked batter in the format.

Despite his impressive record, concerns have lingered over his style of T20 cricket, with Malan tending to play himself in before looking to go big.

That approach has largely paid dividends for him on the international stage so far but it does come with plenty of risk.

If Malan is out early in his innings, he tends to have eaten up deliveries without actually scoring too many runs.

The turgid nature of subcontinent pitches mean Malan’s approach of accelerating later in his innings rather than going big from ball one was always likely to be an issue at the World Cup.

That was highlighted last year in England’s five-match T20I series against India at Ahmedabad.

The concerns over the viability of Malan’s approach in the subcontinent have been further underlined in the two warm-up games as he recorded a run-a-ball 18 and 11 off 15.

Given the dearth of batting talent at England’s disposal, Malan may well find himself dropped for the opening game against the West Indies.

Moeen must bat in the top six

Moeen was the third-highest overseas run scorer in the tournament and impressed while batting in the top four, a role he has rarely been given by England.

In fact, his all-round talents mean he has spent the majority of his T20I career batting as low down as number seven and providing support to Rashid with his off spin.

In the first warm-up game against India, Moeen batted at number six with captain Eoin Morgan leaving himself out of the side.

And Moeen struck a brilliant 43 not out from just 20 balls, continuing the brilliant form he showed in the IPL.

Given the way he is batting at the moment, England need to find a way to get him in their top six. Could he replace Malan at number three?

Morgan has not been in good form with the bat recently, experiencing a poor IPL and a below-par summer for England in their T20I series’ against Pakistan and Sri Lanka.

The 35-year-old has revealed that he would be prepared to drop himself if his poor form continues and his knock of 10 off 11 against New Zealand has further underlined concerns over his batting.

Morgan is likely to play at number six for England and it seems unlikely that he will not play the opening game of the tournament.

However, his recent lack of runs and the options at England’s disposal mean they cannot afford to carry him.

Perhaps the biggest legacy of the white-ball revolution that Morgan has helped mastermind is the fact that he has created a team which may no longer need him.

Ben Stokes might not have the most eye-catching T20I record on paper, averaging 20.09 with the bat and 37.73 with the ball, but he is one of the very few truly elite all-rounders in world cricket today.

In T20 cricket, all-rounders are key to how teams balance their side and Stokes’ absence leaves England with a big void to fill.

They do have a few options in their squad, with Moeen, Chris Woakes and Liam Livingstone all adept with both bat and ball.

However, it is the importance of Livingstone to an England side missing Stokes that has been highlighted in the warm-up games.

Likely to bat at number five, Livingstone struck 30 off 20 balls against India and then took 1-10 from his two overs, dismissing Virat Kohli with his useful leg spin.

Although he did not score many runs against New Zealand, Livingstone did open the bowling and managed to pick up the wicket of Glenn Phillips.

The vast majority of England’s opponents at the World Cup have stacked their bowling reserves with spinners, but England have only picked one frontline spinner in Rashid.

As a result, Moeen and Livingstone’s contributions with the ball could be key, coupled with their big hitting with the bat.

Billings an option at 7

Of England’s 15-man squad, Sam Billings was perhaps considered the least likely to get much game time at this tournament.

With Buttler, Jason Roy, Malan, Jonny Bairstow, Livingstone, Morgan and Moeen all ahead of him in the pecking order heading into the World Cup, Billings would certainly be a surprise pick to start against the West Indies.

However, with concerns over the form of Malan and Morgan and Moeen and Livingstone capable of filling the fifth bowler role, Billings could be considered as an option at number seven.

The Kent captain batted there against New Zealand and finished off the innings in style, striking 27 off just 17 balls.

Should England decide to stack their batting line-up, Billings would be an excellent finisher.

Tymal Mills may not have picked up any wickets in his first England appearance since 2017, finishing the win over New Zealand with figures of 0-23 from his four overs.

However, the Sussex star was able to showcase the skills which have made him one of the best T20 bowlers in the world over the past few years.

Mills’ express pace was on show, but it is his slower ball which is perhaps his most potent weapon as batters are forced to set themselves for his 90mph+ deliveries and there is no discernable difference in his action when he bowls it.

Against New Zealand, he was economical and the combination of his speed, left-arm angle, subtle variations and ability at the death means he offers a completely different package to England’s other bowlers.

Against India, David Willey was the pick of the England seamers, while Wood impressed against New Zealand.

Willey picked up 1-16 from his three over spell against India, bowling an impressive over at the death which saw him go through his variations, pick up a wicket and only concede six runs.

Wood, meanwhile, bounced back from an expensive showing against India to take 4-23 against New Zealand and his express pace may prove a potent weapon on turgid subcontinent peaches.

Chris Woakes’ form is a concern for England, with the seamer going for runs in both warm-up games
(

However, the form of Chris Woakes is a concern with the bowling all-rounder enduring poor showings in both warm-up games.

Against India, he ended with figures of 0-40 from his four overs and he picked up 1-31 from 3.2 overs against New Zealand, getting hit for 22 in one over by the Kiwis’ last wicket partnership.

The likes of Mills and Chris Jordan are more experienced death bowlers and, with Willey and Wood impressing, it seems unlikely that Woakes will get the nod against the West Indies.