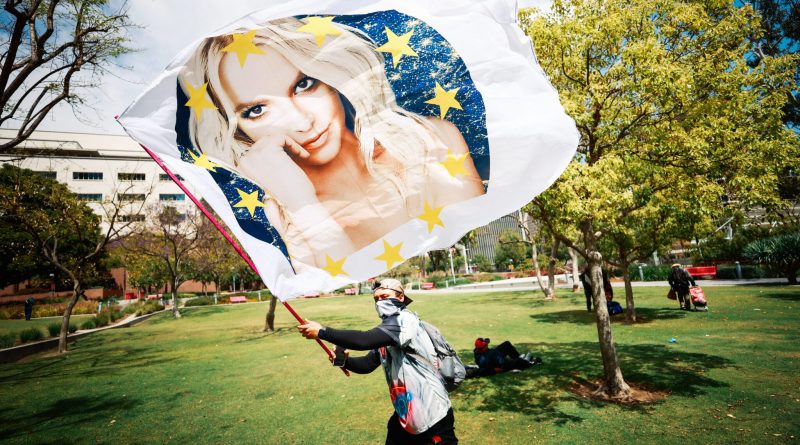 When Miniver Mortimer, a 25-year-old OnlyFans model and Britney Spears superfan, saw her mobile phone screen flash, she immediately broke down in tears.

It was a notification – and she was a “mess”, she told PinkNews. Britney Spears, the pop princess and her idol of decades, had just followed her back on Twitter.

This was in 2012, some four years since Spears had been placed into a court-ordered conservatorship following a series of struggles over her mental health and substance use all captured by an ever-present paparazzi.

Her father, Jamie Spears, had petitioned the probate court for legal authority over his daughter’s personal life and financial affairs as a final resort to protect Britney. 13 years later, she remains under his stewardship.

But on Friday (12 November), this could all change.

Once again, the legal battle over who, if anyone, should control Britney Spears’ life is scheduled to return to Stanley Mosk Courthouse in Los Angeles Superior Court.

Britney had scored a triumphant victory in September when probate judge Brenda Penny suspended Jamie, 69, from his role of handling her daughter’s finances.

Now freed from her father’s control, the 39-year-old is on the cusp of regaining complete control over her $60 million estate and her life. Friday’s hearing will determine whether to terminate the conservatorship that has held her against her will altogether.

But for Mortimer, she knows Britney Spears in a different way. Not only as someone fighting for their freedom, but as a singer who came to define 21st century pop. As an idol and as someone who brings great joy to her millions of fans.

We asked seven Britney Spears superfans what their favourite songs are and why, and what musician from McComb, Mississippi, means to them.

So my favourite Britney song is “Everytime”. This song is Britney’s most famous ballads and people may not know this but it was actually composed and written by Britney herself with Annet Artani and that pure self-expression from her means a lot to me to hear as a fan.

It’s much darker than her other hits and the music video reveals a lot about the personal struggles she was facing at the time. It’s also just vocally stunning and her live performances are always god tier, she has a really soulful voice and this song just suits that perfectly.

I’m so proud and happy for her. I was part of the “Britney Army”, as we were called by her when #FreeBritney first started and it was seen as a fringe conspiracy theory, so it’s a big relief to see that not only were the fans right but, in a way, we have helped her get her life back.

She is so strong and I really, truly hope this is the start of a life that’s hers and no one else’s. She can disappear from public life if it makes her happy for all I care!

Honestly I DM her every time I’m drunk it’s so embarrassing. In her DMs like: “u k hun? f**k your dad he’s a dickhead x.”

A Britney Spears song I am obsessed with is “Break the Ice”! Four tracks into Blackout and this album has yet to stop for breath. Relentless, back to back, 10/10, electro-pop perfection.

I was a 16-year-old at school and shamefully a semi-closeted extreme Britney fan when this was released. I still get chills when I hear that opening line: “It’s been a while…” There’s always a moment on the dance floor where everyone pauses as the choir kicks in right before the synthesisers start – and then the entire club population loses it.

Of course, it refers to Britney’s break from music and reassuring her loyal fans that she’s back and better than ever. That opening line serves as just one reason why “Break the Ice” not only made perfect sense as a single choice but also why, for me, it’s one of the greatest Britney singles of all time.

Going back to teenage me – I was obsessed. “Break the Ice” was my favourite on the album and when I knew it was going to be a single I could not and would not stop listening to it, talking about it, making other people listen to it. And then the video came out…

My friends and family were unimpressed to say the least and had no qualms in sharing their disdain for both the video and also, as a result, the song itself. I blindly defended it.

Originally there was going to be a music video for the remix version featuring Britney doing choreography but this was cancelled, apparently due to her ongoing personal and mental health problems.

This is not only heart-breaking given everything we now know but the “Break the Ice” video serves as a poignant reminder of Britney’s struggle around this time – and the STRENGTH it must have taken for her to stand her ground and cancel it. It NEVER should be mocked or complained about.

If “Gimme More” is the heart of Blackout, “Break the Ice” is the soul. No one can deny the ability it has to make you want to dance, sing, strip, make out with the person next to you, hair flip, drop to the floor, grind, pour water over your head, feel happy, feel hot, feel empowered.

I know that’s not just me.

I do have a special place in my heart for “Stronger”, “Lucky” and “Overprotected” – I feel as time has gone on they’ve aged in a way that has given fans much more meaning to Britney’s narrative as a person and pop star. “Stronger” seems to be her anthem for her freedom!

There were moments like 2010-12 where she just didn’t look interested in what she was doing and that was hard to grapple as a fan as I would only want her to do something that makes her happy and she has always articulated that she wanted a big family and settle down but didn’t seem to be given that opportunity throughout her 30s.

All I want for her now is to find peace and happiness, whether that means she continues with her career or becomes a recluse. I want her to get the vindication she deserves, and I want those responsible to be taken to task and punished, and I feel this is key for justice and as part of her healing process.

She is my idol and I feel that she is a beacon of strength. Her music and stardom were my introductions to her, but her personality and resilience are what I’ve fallen in love with.

It has to be “Born to Make You Happy”. I had seen “…Baby One More Time” and “Crazy”, but this was the first time I really noticed her.

First of all, the whole video is iconic. The red latex, the gorgeous sunken bedroom, the hunky boyfriend, etc. But on top of that, she had this commanding energy about her (the way Beyoncé does) and you couldn’t help but be transfixed.

And then the song. I know it’s technically teen pop or whatever and not taken seriously but to me, it’s a masterpiece.

There are the beautiful piano chords a la Max Martin, the gorgeous melody and then this punchy Janet-esque beat all put together so beautifully. It’s that rare kind of song that makes you weep and dance at the same time.

The whole thing is very of its time but somehow still hits as it did back then. I was nine when it came out but it touched something in my soul and I remember being in awe that music could make you feel that way.

And when I listen to it now I still feel pure, unadulterated joy.

So, my favourite Britney Spears song of all time has to be “Gimme More”. There are many reasons why this is my favourite, not least because it was the lead single from the greatest album of all time: Blackout.

This song changed the game. The EDM influences alone were a step change compared to what any other female artist had done before. Like so many other things: Britney led, others soon followed.

She also managed to record this feat of excellence while going through one of the most difficult periods of her life.

Also, nothing turns the gays out on the dance floor more than hearing those three forever iconic words: “It’s Britney Bitch!”

Although it’s hard to pick a favourite and it can change regularly, I think that consistently “Piece of Me” ends up being my favourite Britney song.

Not only does it perfectly summarise her ascent to fame, but I think, like much of her catalogue, it’s eerily prescient for what was to come.

What I love about it is that it’s delivered with a snarl. Britney hardly ever talks about easily recognisable aspects of her life in her music, which makes this song unique. I love that despite allegedly being told by the label while submitting songs for Blackout they should avoid discussing Britney’s personal life, writers Bloodshy and Avant and Robyn just went for it.

The fact that Britney chose it I think demonstrates just how candid I think she is often willing to go in her music but, for whatever reason, has never rest been given the chance to actually do.

I think, too, that the highly roboticised vocal production only emphasises how dehumanised Britney had been by the media at that point.

Yet through the vocoder, you can hear this determination and fight, as well as this snigger, as if Britney is laughing at the whole thing.

Despite attempts and being an easy target, she has never allowed herself to be the butt of the joke and that’s something I really admire. I think “Piece of Me” is an anthem of resilience, a war cry that can give you strength.

I got Britney Spears’ first album, [1999’s …Baby One More Time]. I had the honour of seeing Britney perform live at one of her most iconic shows – in 2001, Michael Jackson did a 30th-anniversary solo concert. He was performing alongside the Jackson Five. Samuel L Jackson was there. Britney Spears was there. It was ridiculous.

That was in Madison Square Gardens in New York City. I would have been 20. I was just in university and could in no way afford to go to New York, so I maxed out a credit card which I spent the next decade paying off.

My favourite song has to be “Lucky” from the album Oops!… I Did It Again. It’s a really bubbly pop song but it deals with the dark side of fame. It’s about the biggest star in the world, but also simultaneously, about feeling alone.

I feel like that is more relevant today and resonates more because of the #FreeBritney movement you name has more meaning than it ever did.

It isn’t a sad song, it’s a heartbreaking song, especially knowing what we know now. It’s more than just a glossy pop song, there’s a lot of truth in it.

A lot of people I’ve spoken to in interviews, they have this time on stage when they sort of come alive. But then a lot of them carry around deep depression or have nonexistent home lives and are tired and exhausted.

Sometimes, people can express themselves through their art and I felt like a little bit of that come through even back then in “Lucky”.