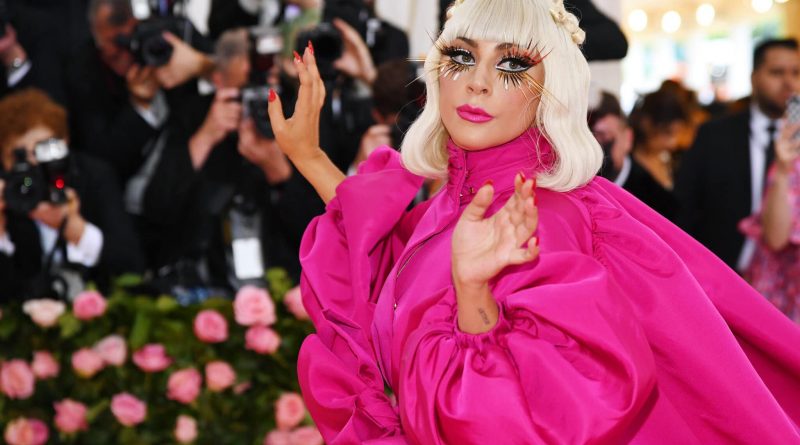 NEW YORK, NEW YORK – MAY 06: Lady Gaga attends The 2019 Met Gala Celebrating Camp: Notes on Fashion at Metropolitan Museum of Art on May 06, 2019 in New York City. (Photo by Dimitrios Kambouris/Getty Images for The Met Museum/Vogue)

Lady Gaga has reasserted her commitment to camp in spectacular fashion throughout her House of Gucci promo tour.

Mother Monster is generating Oscar buzz following the premiere of House of Gucci, in which she plays the murderous Patrizia Reggiani, ex-wife of fashion house boss Maurizio Gucci.

It’d be understandable if she decided to go all serious thespian on us to cement her new Hollywood career – but, this is Lady Gaga we’re talking about. Instead, she’s giving the gays everything we want, serving capital F-fashion on the red carpet and reeling off iconic quote after iconic quote.

Already, she’s told us that she got so into character she thought she’d killed someone, let us into an alternate universe where she’s a “combat journalist”, and given us a new Lord’s (Lady’s?) Prayer.

As fans prepare to bask in Gaga’s camp absurdity once more, here is a look at some of her most stunning, outrageous and iconic moments over the years.

Honestly, can we begin anywhere else? The 2009 VMAs was Lady Gaga’s first time on stage at a major award show after releasing her debut album The Fame a year earlier. Though fans had seen her eccentric, creative music videos, no one was prepared for what happened that night.

She began the performance sprawled on stage in white lace, with a rhinestone mask, belting out the chorus to “Poker Face”. She quickly transitioned into a dramatic rendition of “Paparazzi” as she staggered around an ornately decorated set complete with a chandelier, cause why not.

In the middle of the performance, Gaga shocked audiences as faux-blood started to pour out of her chest. As she sang the final notes of her song, backup dancers strung Gaga up from the ceiling as she screamed for a jaw-dropping finale which is still in the back of our minds whenever we think of Mother Monster.

2. That time Lady Gaga spent three days in an egg.

“Born This Way” remains an LGBT+ anthem that we are still talking about 10 years after its debut in 2011, and when Gaga took the song to the Grammys that year, she didn’t disappoint.

She arrived at the awards ceremony in a plastic egg-shaped vessel which was eventually wheeled out onto the stage in time for her performance. Gaga emerged from the egg clad in a nude latex outfit and spiky shoulder implants just in time to show off her killer dance moves on stage for a performance no one will forget.

In a recent interview with British Vogue, Lady Gaga revealed that she spent days inside the plastic vessel to get in the right headspace. She said she was in the “egg for three days” because she didn’t like to “talk to people” as she felt it “threw me off with my performance”. Gaga felt the method egg acting was “really representative of my devotion to my craft in that I really wanted to be with myself”.

3. Just everything about the ‘Telephone’ music video

There is probably nothing camper than Lady Gaga and Beyoncé’s team-up for the musical spectacle that is “Telephone”. The song is amazing, and the almost 10-minute music video was just as iconic as the two idols themselves.

At the beginning of the video, Gaga entered the “Prison for B#?/7&es” after killing off a lover who did her wrong. She seemingly acclimates to her new life, kissing other inmates in the prison yard, accessorising sunglasses with cigarettes and even using Diet Coke cans for hair rollers.

Eventually, Lady Gaga left the prison and entered a colourful truck emblazoned with the words “Pussy Wagon” with Beyoncé behind the wheel. Queen B scolds Gaga for being a “very bad girl” before they eventually poison an entire restaurant before dancing in camp American flag, biker-inspired outfits.

Gaga’s first major acting role came when she joined horror anthology American Horror Story for its Hotel series. She played the blood-sucking Countess of the Hotel Cortez, and honestly, what monster is more camp than a vampire?

The over a century-old creature tried to become a famous actor in the 1920s and eventually was involved in a secret polyamorous relationship with a Hollywood actor and his wife. She was sadly abandoned by her lovers before starting her residency at the hotel. The Countess had a series of lovers, seemingly adopted/fed on her “children”, murdered several people and eventually lived out her immortal life in her haunted abode.

5. Lady Gaga jumped off the roof of a stadium and made football gay again

The Super Bowl halftime show has featured music iconic like Bruce Springsteen, Paul McCartney, Prince and Beyoncé. So when Lady Gaga was asked to headline the show, she had to make it an absolute spectacle.

She started her 13 minutes by jumping off the roof of the stadium like a gorgeous flying squirrel before landing safely in the centre of the field to sing a mash-up of “God Bless America” and “This Is Your Land”. Without missing a beat, Gaga entered into a non-stop, costume change filled stellar performance to a medley of “Poker Face”, “Born This Way”, “Telephone”, “Just Dance”, “Million Reasons” and “Bad Romance”.

The engaging set was campy, entertaining and sincere for the enormous crowd and almost 117.5 million viewers at home, making her the second most-viewed halftime show in Super Bowl history at the time.

6. Lady Gaga does camp at the Met Gala

When the Met Gala announced Camp as its 2019 theme, we knew Lady Gaga wouldn’t disappoint.