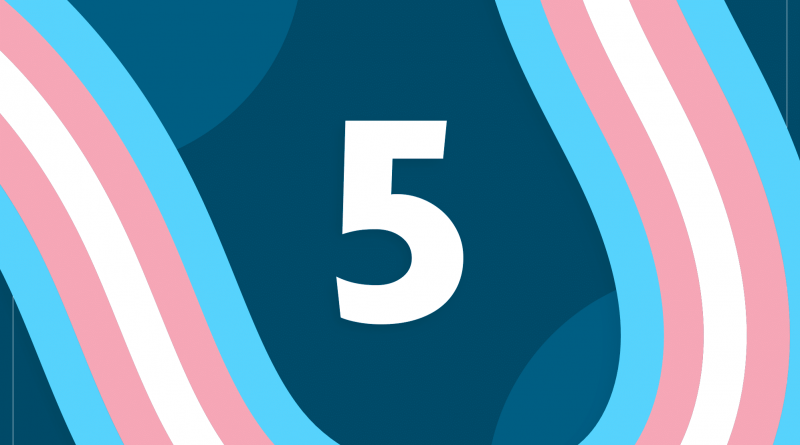 
Each Transgender Awareness Week, we focus on the challenges facing trans and non-binary communities.

These are many: we face huge barriers in securing housing, jobs, and healthcare; threats to our physical safety; relentless and harmful transphobia online and in the media; and a lack of representation across institutions from politics to medicine.

It’s also a week in which we celebrate trans achievements and highlight our successes. Each year, trans communities across the world become a little stronger, a little more organised, a little more cohesive. And at the end of the week, on Trans Day of Remembrance (20 November), we remember those we lost.

We honour those killed by transphobic violence and those who died by suicide. We take a moment to think of them and to share our memories of those no longer with us.

And we ask cisgender people to stand with us, this week and every week. To this end, at the beginning of this year, we asked eight trans and non-binary people how cis people could be better trans allies in 2021.

“I would love anyone who is moved to be a better ally to look around their world and find one concrete place where they can make a difference.”

Those words, after the hellfire of transphobia that 2021 turned into, seem particularly resonant now. One concrete place to make a difference. Where to start?

If you are able, then the following groups and organisations will use financial donations to directly support trans and non-binary people who need help. The best thing to do is to set up a recurring monthly donation.

FiveforFive suggests you donate at least five pounds a month, as the total each month is split between five transfem causes in the UK. Three of these are individual crowdfunders that trans women or trans femmes have set up to pay for something they need, and two trans or LGBT+ groups working with trans girls, trans women and transfem people.

What Can We Do is a UK collective fundraising for Black and Brown trans people’s healthcare, mental health, and housing.

Traveller Pride, a UK collective working to provide support and representation for LGBT+ Travellers, have a trans and non-binary solidarity fund. This is particularly focused on helping trans and non-binary Travellers access material things to ease their transitions – such as binders, packers, cosmetics, bra inserts, shapewear, hair styling, tailoring and “a thousand other things”.

QueerCare is a transfeminist community care group that provides training, support and advocacy for queer and trans people in the UK, with a focus on building communities that can care for themselves.

We Exist is a community organisation that manages a national trans healthcare fund for people in the UK. Your donation will go straight to a trans or non-binary person who is raising money to pay for vital, life-changing, gender-affirming healthcare.

Grassroots trans mutual aid groups, which use funds to support trans and non-binary people in local areas, are up and running in Manchester, Leeds, Birmingham, Durham, Wales, Belfast, Glasgow and Edinburgh.

You can write to your MP and local councillors at any time, setting out your support for trans and non-binary people. There are no openly trans or non-binary MPs in parliament – but several who’ve declared themselves “gender critical – so the odds are really stacked against us when it comes to fighting for trans rights within British politics. Letting your MP know that you stand with us could help tip the scales in our favour.

Write To Them will help you find out who your MP and local councillors are and how to get in touch.

In the last year, trans and non-binary people have taken to the streets in increasing numbers to demand better for ourselves and to protest against those who harm us.

From students at the University of Sussex protesting against the employment of Kathleen Stock, the anti-trans professor and LGB Alliance trustee, to weekly demonstrations outside the Guardian offices in London – protests are becoming more frequent.

And the bigger the turnout, the more noise we can make. Join a protest! Keep an eye on social media and follow groups like Trans Activism UK and Trans Action Block to find out when the next one near you is.

If you can, you could also sign up to legal observer training, run by grassroots legal support group Green & Black Cross, so you can give practical support to trans civil rights activists who are organising marches; or sign up for police intervention training, run by feminist group Sisters Uncut, which will help you to know your rights at protests and support others when dangerous policing situations arise.

Got a friend, aunt, co-worker, housemate or sibling? Great! Talk to them about trans and non-binary people. The mainstream media – which is where most people learn about trans people – is institutionally transphobic and riddled with inaccurate misinformation and worse.

You can help counter this by chatting positively about trans and non-binary people, answering questions, pointing out pro-trans resources – like books by trans authors – and making a space for sharing knowledge with other cis people.

5. Work on getting better at using inclusive language

When you’re a minority group (being trans) within a minority group (being LGBT+), your existence is constantly questioned, dismissed or ignored. This is not only hurtful, but causes real, tangible problems – like for trans men and non-binary people who struggle to get cervical cancer screenings, because information about them is usually aimed solely at women.

Being more inclusive can start small: try saying “people” instead of “men and women”, “siblings” instead of “brother and sister”, and “everyone” instead of “ladies and gentlemen”. Recognise that when it comes to issues like cervical cancer screenings, abortion access, pregnancy and being a victim of male violence, it’s not only women who are affected – trans men, non-binary and intersex people are, too.

At the bigger end of things, what are the structures around you that could become more inclusive? This could be asking your employer to provide a gender-neutral bathroom or helping set up an LGBT+ club at your kids’ school.