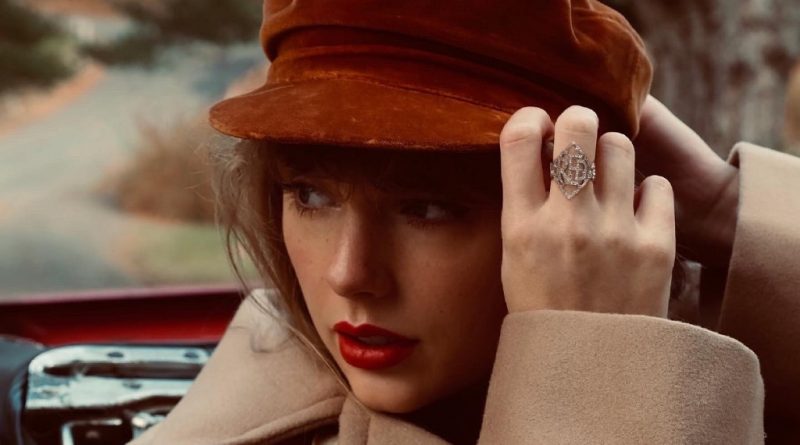 Taylor Swift in the album artwork for Red (Taylor’s Version).

For many people, Taylor Swift’s Red is the quintessential break-up album – and it’s not hard to see why.

Red captures the raw, visceral pain that comes when a relationship crashes and burns. Most artists have probably written about heartbreak at some stage – but few have done it with as much intensity as Taylor Swift did on Red.

It was that magical intensity that propelled Swift to the top of the charts back in 2012 when Red was first released. All these years later, it holds a special place in fans’ hearts.

But Red is also significant in more ways than one. The album marked a turning point in Swift’s career, sending her down a new path of pop music domination.

As she releases her version of Red, we look back at some of the incredible things you probably didn’t know about one of Taylor Swift’s best-loved albums.

1. Taylor Swift never thought ‘All Too Well’ would amass such a huge following

Almost a decade on, “All Too Well” remains one of the best and most enduring songs from Red. The song, which is widely thought to be about the end of Swift’s relationship with Jake Gyllenhaal, is still reducing people to tears all across the world.

Speaking to Rolling Stone in 2020, Swift admitted that she never thought the song would take on a life of its own – in fact, she thought it was “too dark, too sad, and too intense”.

Reflecting on the the song’s enormous following, Swift said: “I never imagined that would happen because it wasn’t a single and it didn’t have video and all these ways I was taught music permeated culture. I didn’t see that happening with that song.”

She said it has been “amazing to watch” the way “All Too Well” has grown in popularity over the years, adding that she always knows it’ll garner a huge reaction when she sings it live.

Taylor Swift has written plenty of break-up songs, but most of her albums have bigger themes. That’s what makes Red so striking – it’s Swift’s only album that deals exclusively with a break-up.

Speaking to Rolling Stone in 2020, Swift noted that it was the only time she built an entire record around the idea of a relationship crumbling.

Reflecting on that time, Swift said she was doing “a lot of vacillation and changing” because of the break-up she had just gone through. That was naturally borne out in the album’s songs, which deal with the emotional destruction that a person must face in the aftermath of a break-up.

3. The album’s title literally describes the feelings Swift felt when writing it

Taylor Swift has been frank about the emotions she felt when writing the songs on Red. She has said these feelings ranged “from intense love, intense frustration” to jealousy and confusion.

Reflecting on that time in her life, Swift has said there was “nothing in between” – she was so emotionally overwhelmed by what she was going through that everything felt intense.

“There’s nothing beige about any of those feelings,” Swift has said, explaining that all of those emotions, in her eyes, can be described as “red”.

4. Red seems to have been at least in part inspired by Joni Mitchell’s Blue

Long before Taylor Swift released Red, Joni Mitchell crafted one of the most beautiful, heartbreaking albums of all time with Blue.

The album, released in 1971, has gone down in history as one of the greatest albums ever recorded – and for good reason. It charts Mitchell’s journey through love, heartbreak and early adulthood brilliantly.

It’s not hard to see the parallels between Taylor Swift’s Red and Joni Mitchell’s Blue. Both women were in their twenties when they released their record, and both women named their albums after the colours that best encapsulated what they were dealing with.

There’s also the album artwork – some critics have suggested that the artwork for Red references Blue.

The next album that I’ll be releasing is my version of Red, which will be out on November 19. This will be the first time you hear all 30 songs that were meant to go on Red. And hey, one of them is even ten minutes long🧣 https://t.co/FOBLS5aHpS pic.twitter.com/6zWa64Owgp

Swift has pretty much confirmed she was inspired by Blue when writing Red. In a video recorded for Napster while on the promotional tour for Red, Swift picked it as her favourite album of all time.

“She wrote it about her deepest pains and her most haunting demons,” Swift said at the time, before heaping praise on tracks like “Little Green”, “A Case of You” and “River”.

“I think this album is my favourite because it just explores someone’s soul so deeply,” she said.

5. Red set Taylor Swift on a new trajectory – and it’s influenced everything she’s done since

Red was Taylor Swift’s fourth studio album, but it’s also one of the most important records in her back catalogue because of how much it influenced everything she’s released since.

Looking back at the time before Red was released, Swift has said she felt that she was at a turning point in her career. She had made three albums firmly rooted in country – and she had encountered enormous success with each one.

But at the age of 22, she was starting to worry that she needed to do something new to show that she was capable and to surprise the public.

Speaking to Rolling Stone, Swift said: “I’ve always been very aware of my own sort of relevancy mortality. My career started when I was 16, so by 22 I was already on some days feeling like old news.”

Swift said she was watching “newer, cooler” artists coming onto the scene every week, and it made her nervous about her future. She realised it wast time to innovate and explore – so she decided to work with a whole host of producers and songwriters she had no experience with.

“It was an interesting wrestling match with my own fears of remaining stagnant that made Red the joy ride that it ended up being,” she said.